Go directly to:
Extreme wildfire events are becoming a major environmental, economic and social threat in Southern Europe and increasingly gaining importance in northwest Europe. As the limits of fire suppression-centred strategies become evident, practitioners, researchers and policymakers increasingly recognise the need to develop novel approaches that shift emphasis to the root causes and impacts of extreme fires, moving towards living with fire. Such an approach includes community awareness, communication and learning across national and disciplinary boundaries. Within this project, Wageningen University & Research leads the Germany-Netherlands Living Lab, a collaboration with various public stakeholders in both countries. 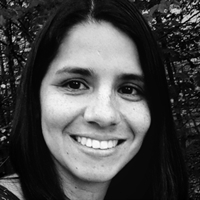 WU brings its expertise to the FIRE-RES regarding the following issues: a holistic approach in the research on wildfire, climate-smart fire policies, dynamics of trust between environmental governance, nature conservation, and agri-food value chains, awareness to national and international media about landscape fires, pyrogeography and wildland fire studies, environmental change predictions, roadmaps for future scenarios and climate modelling.
WU will be contributing to several work packages in the project:

Specifically, WU will lead in the project subtask “Change of awareness in society” and will be the Coordinator of the Germany & The Netherlands Living Lab (G-NL LL). The Waldbrandteam will be the main partner in the German part of the cross-border G-NL LL. In this context they will organize all activities for the LL in Germany and co-organize the activities in the Netherlands, use their network to gain and share knowledge.

Through the Waldbrandteam (WBT), training and education of fire fighters, land managers, journalists, policy makers and the public will be organized to increase preparedness of nontraditionally fire prone countries to changing fire regimes. Training and outreach material (in Dutch, German and English) based on international best practices, and adapting to local needs.

The Waldbrandteam (waldbrandteam.de, in German) consists of about 70 volunteers being trained on several levels from Basic Firefighter up to Division/Group Supervisor including some Forest fire advisors for larger incidents. The Team was formed in 2015 and has gained a lot of reputation since then leading up to training in 2 state fire academies in Germany training local fire services in wildfire safety; being member of several advisory boards about vegetation firefighting and boosting the wildland fire safety through “train the trainer” courses etc. The Waldbrandteam has been delivering training to local Fire and Forest agencies as well as statewide operating forestry units concerning the management of vegetation fires. The Waldbrandteam will be setting up and coordinating the German part of the Netherlands-German Living Lab. As such they will be responsible for embedding the Living Lab in the German – Lower Saxony context, safeguarding the impact of the Living Lab and dissemination of results.