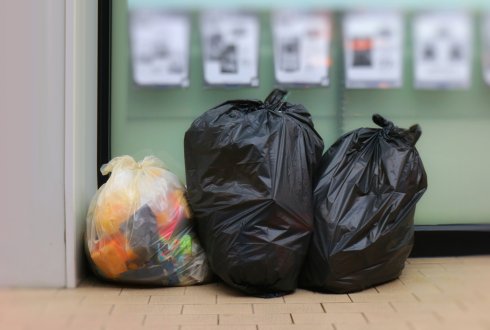 The application of high pressure and steam is a proven method for the mobilisation of valuable components from biomass. It is used in the EU BESTF2 project "Production of butanol and hydrogen by fermentation techniques using steam treated municipal solid waste (MSWBH)" for the conversion of municipal solid waste (MSW) into suitable feedstock for the pilot-scale production of butanol and hydrogen. Wageningen Food & Biobased Research is contributing to the project with its expertise on fermentation and the use of anaerobic bacteria for the production of biobased chemicals.

MSWBH uses municipal waste in the United Kingdom to produce feedstock for fermentation into butanol and hydrogen, which are important fuels and chemicals. The project contributes to the EU's commitment to ensure that 10 percent of all transport fuels are biobased by 2020.

“The United Kingdom has a post-separation system of treating municipal waste, which means that the organic waste is not collected separately,” explains Pieternel Claassen, a senior scientist at Wageningen Food & Biobased Research involved in the project. “If we wish to recover organic residues, MSW needs to be fractionated first to remove plastics, metals and other non-organic components. Treating municipal solid waste with high pressure and steam produces a carbohydrate-rich stream. This stream is converted at Wageningen Food & Biobased Research into butanol and hydrogen by anaerobic bacteria during a fermentation process.”

From hydrolysis via fermentation to butanol and hydrogen

The Wageningen part of the research focuses on different fermentation routes. “Municipal waste in the United Kingdom is treated in autoclave-type equipment, like at the Biorenewables Development Centre in York,” Claassen continues. “This is done to make the waste easier to degrade and for sanitation purposes. The carbohydrates in the pre-treated material are hydrolysed by enzymes, and the resulting sugar stream is sent to our lab. The microorganisms producing butanol and hydrogen are anaerobic bacteria that can use many different sugars.”

Wageningen Food & Biobased Research has extensive knowledge about fermentation processes. Claassen: “In MSWBH, we study and optimise the use of the sugars and also determine the effect of other components on the growth of the bacteria. The streams coming from MSW contain many different components from all kinds of sources, including plants, food waste and paper. This can affect the fermentation performance. At the end of the project, the technology we develop will be scaled up in a pilot facility at the BDC in York. The complete process from MSW to pure butanol and hydrogen will be realised in Wageningen.”

Advantages of organic waste for butanol and hydrogen

According to Claassen, the use of organic wastes from MSW as a raw material for fuels or chemicals like butanol and hydrogen offers significant benefits over current processes. “The most common biofuel today, bioethanol, is mainly produced from agrifood crops such as corn. Apart from the food versus fuel discussion, the main disadvantage of this is financial: the raw materials and their treatment generally make up around 70% of the costs. Using MSW as a raw material for biofuels and chemicals can limit feedstock and pretreatment costs, allowing for an economically viable production process.”

The MSWBH project started in April 2016 and has a duration of three years. The data obtained during the research and the pilot phases will provide a basis on which to evaluate the technical and economic feasibility of the new process.