The placenta is a complex organ which functions as the sole communicative barrier between a mother and her child during pregnancy. Despite having evolved many times over the course of evolutionary history, the origin of placentation is difficult to study in traditional placental species (such as ourselves and other mammals) because transitional species for the mammalian placenta have been lost to extinction. For this reason, our research focuses instead on the live-bearing fish family Poeciliidae, where placentation has independently evolved ~8 times, creating a range of closely-related species which exemplify a gradient from low to high placental complexity. From an evolutionary perspective, these gradations of form in the poecilid placenta allows for analyses of essentially transitional species, helping to unravel how placentation evolved. Moreover, this unique phenomenon not only allows for investigation into the origins of placentation in poecilids, but also provides insight into how placentas of varying complexity can influence offspring development in closely related species.

As aforementioned, the placenta is the forefront of the maternal-fetal exchange which governs the course of early development in placental species.  Consequentially, species with placentas must continuously provision their offspring throughout gestation and are thus highly susceptible to changes in their environment. Studies have shown that environmental adversities which impact the mother during gestation have been shown to result in phenotypic variation in offspring which indirectly experience these conditions during pregnancy. This type of variation, or transgenerational phenotypic plasticity, is more broadly referred to as maternal effects. In my PhD project, we aim to understand how placentation in poecilids mediates different maternal effects under different gestational challenges and how varying degrees of placentation influence the transmission of maternal effects. To accomplish this we are studying 4 different closely related poecilid species which allow us to compare 2 pairs of (1) placental and non-placental species as well as (2) placental species with differing degrees of placental complexity. Further, by administering secondary challenges to gestationally-exposed offspring in adulthood, my research is investigating whether gestational exposure to different adversities can “prime” offspring to meet the same or different challenges later in life. 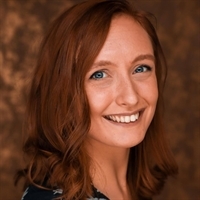