This research explores the legitimacy of nudging in public health. Nudging is based on insights from behavioural research about (unconscious) decision making.

While most of us believe we make sensible rational decisions, research indicates otherwise. Thaler and Sunstein (2008)* used these insights and developed a technique with which governments and other agents (or so called ‘choice architects’) guide individual choices in order to improve decision outcomes.

The approach endorses 'libertarian paternalism'; it respects freedom of choice (libertarian) but suggest sensible choices (paternalistic). The concept of Nudge has led to a lot of (positive) attention but also to a lot of ethical debate. Steering people’s behaviour, even when preserving their freedom of choice, is criticized for infringing on people’s autonomy, as manipulative, as paternalistic even if people can opt out of the nudge that they are confronted with.

For example, when people are being nudged toward the healthier food choice (say, a salad) in a supermarket or in a lunchroom, and they are free to choose for the unhealthier food choice (say, a burger with French fries), this could still be perceived as interfering and manipulating. This is so because seemingly someone, other than yourself, decides what’s best for you.

There are two important questions to be answered if nudging is to be included in public health policy. First, to what extent do different nudging strategies affect individual autonomy of people? And second, to what extent is influencing people’s autonomy by using nudging strategies considered acceptable? Both questions will be addressed in my project based on a philosophical/ethical analysis in combination with empirical studies. 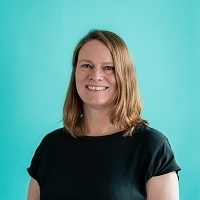