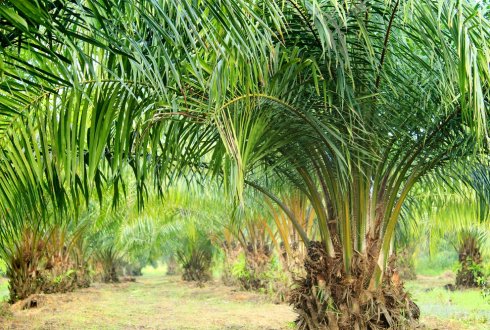 Malaysia, the world’s second largest palm oil producer, wanted to know how to get the most from that industry’s waste products and by-products.

The government of Malaysia aims to become a high income nation and reduce greenhouse gas emissions by 40% in 2020 relative to 2005.

The goal of this study is to estimate the macro economic impacts (including opportunity costs and other indirect effects) of using residues from the palm oil sector (trunks, fronds, empty fruit bunches, palm fibres, palm kernel shells) for the production of chemicals and energy in 2030.

2) pellets (for export to Europe)

Detailed calculations are carried out of the costs of producing biobased products compared to the price of the reference products or fossil fuels for which they are substituting. 30 million ton of biomass is assumed to become available at an average price of 56 US$ per dry ton biomass.

We are currently carrying out a similar macroeconomic exploratory analysis for the top of the Dutch bio-based economy sector.