The microbiota of the soft palate tonsils and nose of pigs are of particular interest due to the association of these body sites with common swine infectious diseases. Microbiota provide a first line of defence against external invaders or opportunist pathogens through direct mechanisms such as competition and antagonism between specific microbes as well as indirectly stimulating innate immune mechanisms of defence. Streptococcus suis are Gram-positive pathobionts which are naturally present as commensals of the upper respiratory tract of pigs. In piglets S. suis can cause highly invasive infections leading to meningitis, sepsis and endocarditis. Efforts to reduce the preventative use of antibiotics in livestock farming and lack of effective vaccines makes it necessary to find novel approaches to reduce emergence of this pathobiont. S. suis is also an emerging zoonotic pathogen and human infections worldwide have increased significantly in the past years, with most cases originating in Southeast Asia.

The developing microbiota of piglets is particularly susceptible to perturbations due to stress, or illness which can result in long-term impacts that may affect the susceptibility to several diseases and also growth. Colonisation of the palatine tonsils with piglet microbiota may have an impact on colonisation of S. suis and risk of invasive disease. To identify bacterial taxa positively or negatively correlated with S. suis abundance on the palatine tonsils, we are collecting microbiological samples from the tonsil of piglets around weaning.  Peptide or small molecule inhibitors, as non-ribosomal peptide synthases (NRPS) have already been identified in commensal species inhabiting the same niche. We have identified bacterial taxa with strong anti-occurrences with S. suis which may be responsible for direct microbial antagonism and could play a role in colonisation resistance against pathogenic microbes. We are currently using a culturomics approach to isolate a large collection of commensals that are part of endogenous tonsillar biofilms and are using activity screens to identify isolates that inhibit the growth of S. suis and other pathogens. Key abundant bacterial species present in the oropharyngeal biofilms of healthy animals on farms without a recent history of problems with S. suis will be tested for their capacity to drive the development of microbial communities that stimulate innate immunity and provide colonisation resistance against pathogens in the weaning period. 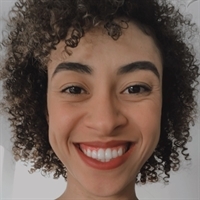