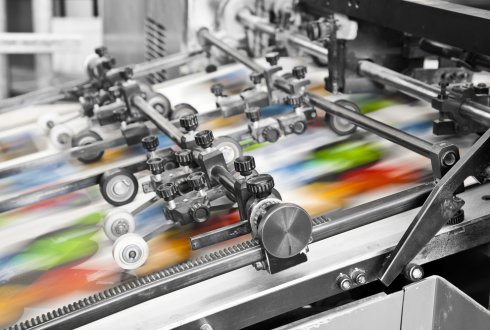 Inkjet printing technology based on the principle of piezoelectricity is one of the common non-contact printing techniques that can deliver small droplets with reproducible volumes. By applying this technology multi-analyte, microarray diagnostic assays can be produced. In many evaporation processes of practical importance such as the evaporation of solvents filled with protein molecules, the viscosity of the fluid increases substantially with solute concentration, also during the evaporation process of printed droplets.

This has a large influence on the distribution and the activity of (bio)molecules adsorbed onto the substrate, and, consequently, on the functioning of microarrays prepared by inkjet printing. One of the problems to solve is the so-called "coffee-stain effect", i.e. the clustering of biomolecules at the edges of the drying droplet. This results in a reduced overall signal and, therefore, applying printing conditions that result in an even distribution of active biomolecules is of utmost importance.

The STW project Bio-STIPS focused on the development of an extended physical model for the calculation of (Eindhoven University of Technology):

and on (Wageningen University and Research Centre):

Some aspects of optimizing the inkjet printing of biomolecules were studied: