Many sports, however, are characterized by both a strength or power component as well as an aerobic -‘endurance’-  component. Concurrent training (CT) is a model of exercise that combines strength training and aerobic training in the same period of time, e.g. on the same day in two different sessions or every other day. CT does improve both aerobic capacity and strength capacity, although the latter less than resistance exercise alone, due to the interference effect of endurance exercise on resistance-training adaptation. Vice versa, combined exercise training is associated with lower expression of oxidative genes compared to endurance exercise alone. Moreover, CT is an alternative option to improve metabolic health in the general population, and recent recommendations advise to include both resistance and aerobic exercise.

Nutrition plays an important role in exercise recovery and training adaptation, and general recommendations are formulated for athletes to support optimal performance. In these recommendations, differences in nutritional needs between endurance and strength-trained athletes are considered. However, it is recognized that nutritional requirements to optimize skeletal muscle adaptation differs between resistance and aerobic exercise. Energy restriction, in particular low carbohydrate availability, amplifies endurance training adaptation, while energy abundance is more favourable in the case of resistance exercise. This would mean that for the athlete who practises concurrent training (day-to-day) nutritional strategies should differ to optimize adaptation and performance. Indeed it was recently proposed that, when practising endurance and resistance exercise on the same day, the endurance session should be performed in the morning in the fasted state, with ample protein ingestion. While the afternoon resistance exercise session should be conducted only after carbohydrate replenishment with adequate post-exercise protein ingestion. Whether such a concept is resulting in an improved (skeletomuscular) performance compared to a ‘classical’ approach in which nutrients are consumed during regular meals throughout the day is not well established. Moreover, next to efficacy, the concept of optimal timing of nutrient intake needs to be tested for effectiveness in an athletic population. 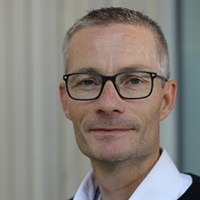