PERICLES project is an EU-funded research and innovation project running until 2021. The project promotes sustainable, participatory governance of cultural heritage in European coastal and maritime regions. The overall aim of the project is to develop and demonstrate a comprehensive framework.

PERICLES promotes sustainable, participatory governance of cultural heritage in European coastal and maritime regions. Its overall aim is to develop and demonstrate a comprehensive framework to understand, preserve and utilize maritime cultural heritage. The contributions of the Environmental Policy group lie in their focus on exploring (new) ways of deliberative and participatory governance. ENP’s explorations are theoretical/conceptual, methodological and empirical.   governance an resilient towards (future) social and envionmental challenges for societal good. 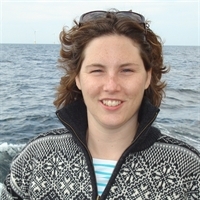 European maritime and coastal regions are at the crossroads of connections and movement of diverse peoples and cultures. These coastal zones are also historically rich with unique land/seascapes, tangible artefacts, and intangible cultural heritage. “Cultural heritage [CH] is now widely appreciated as an essential part of Europe’s underlying socioeconomic, cultural and natural capital” (DGRI 2015: 5). Realising the potential of CH in these terms can generate prosperity, bring new jobs and improve environments in ways comparable to Blue Growth initiatives. Yet, coastal cultural landscapes face risks from climate change, pollution, urbanisation, mass tourism, demographic challenges in remote regions, the fundamental transformation of the European fishing industry, and inconsistent policies of sea and shore conservation across governance scales and between regions.

Cultural heritage provides a sense of place, unity, and belonging. As such, it strengthens society. CH, rooted in specific landscapes, seascapes, buildings, stories, traditions, language, and cultural practices, is a fundamental part of every society. It connects people to each other and to the past and helps guide the future. The loss of CH can weaken people’s societal attachments to place and to one another, thereby increasing strife and a sense of anomie and decreasing cooperation and sense of identity. Protection and advocacy for CH can strengthen identity and local community, thereby improving overall quality of life. Culture and heritage are imperatives for the development of any society. CH is therefore intimately tied with notions of space, place and identity. CH is at risk through diverse drivers, such as climate change, non-CH sensitive economic and spatial development (e.g. mass tourism), and demographic change (e.g. decline and aging in rural areas and lack of recruitment to sectors important to coastal and maritime CH such as inshore fisheries). With calls for growth in different economic sectors, it is important for the project to make an explicit connection between the value of CH, the risks it faces and the benefits to developing a framework for its preservation to safeguard its enjoyment for future generations.

ENP contributes to the global overview of current understanding of maritime and coastal cultural heritage focussing on two case study areas: Malta and the Wadden Sea. ENP focuses  on deliberative and participatory governance for sustainable management and conservation of coastal and maritime landscapes. The PERICLES project aims to design and develop practical tools based on stakeholder and citizen involvement to motivate participatory governance.  PERICLES will contribute to European efforts to promote evidence-based research on the impact of participatory approaches in CH policies and governance, as suggested by the Council of the European Union’s conclusions on participatory governance of CH (2014/C 463/01).

ENP takes a lead role in developing visual methodologies in participatory risk assessment and risk management strategies, by prototyping ethnographic video approaches and a Visual Problem Appraisal (VPA) framework for the Wadden Sea case study area. This will cover issues such as the interrelation between land/seascapes and different types of cultural heritage, concepts and challenges of place, space  and identity issues, and aspects of resilience and sustainability.

The ENP team in PERICLES consists of Marloes Kraan (case region coordinator Wadden Sea), Machiel Lamers (case region coordinator Malta); Hilde Toonen (WU representative in the PERICLES consortium) and Loes Witteveen (lead in visual methodologies). The four researchers work closely as a team, also including students and junior researchers. Currently, four students are part of the PERICLES team. Two are working on a MSc thesis related to heritage and ecosystem services in the Wadden Sea respectively heritage restoration governance in Malta. Another student is carrying out a participatory BSc study in the Wadden Sea. The fourth student is assisting the team with project tasks, such as conducting literature reviews and preparing demonstration work.

The video below presents highlights of a project meeting held in April 2019 on the Dutch island Texel.

A specific feature of PERICLES is its emphasis on Visual Problem Appraisal (VPA), which is a film based learning strategy. VPA aims to enhance the problem analysis of complex issues and to facilitate the development of actions. The core of a VPA is based on ‘mediated stakeholder consultations’ enables by producing a series of filmed portraits. These filmed interviews create a platform for  meeting direct stakeholders ‘on location’ or indirect stakeholder in policy and management positions in a mediated manner to explore and act on competing or conflicting interests. The VPA serves as a tool for problem analysis, social dialogue and policy design, thereby enabling co-creation for a sustainable and integrated management of the Wadden Sea World Heritage.

The VPA Wadden Sea will document the ecosystem of the Wadden Sea and its off shore areas. The filmed narratives will give participants in VPA workshops a chance to explore the complex, interrelated arenas of the diverse aspects and perspectives in relation to the issue at stake. The VPA interview films will portray a diversity of stakeholders small scale and commercial fishermen, spatial planners, constructors, nature conservationist, local entrepreneurs, tourists, gas extractors, policy makers and other concerned actors  to provide an overview of current issues and perspectives, such as economic viability, sustainability, nature conservation, aspects of heritage and identity, the wider international / global context and future prospects in a context of climate change, contamination and the invasion of alien species. The VPA Wadden Sea will follow the argument that recognising complexity requires further unravelling of ‘fishers’ too countervail assumed homogenous interpretations of this important actor group.