The recent global pandemic caused by SARS-CoV-2 has revealed the susceptibility of humanity to new and/or re-emerging diseases. Despite of the global scientific endeavour in rapidly developing a safe and effective vaccine against SARS-Cov2, no fully approved vaccines are still available after almost one full year of the discovery of the virus. Henceforth, a niche exists for versatile vaccine and therapeutic production platforms capable of rapidly adapting to the ever-changing pathogenic threat.

Cell-Free Protein Synthesis (CFPS) systems could prove as promising candidate platforms for pandemic preparedness, given their open reaction conditions which allow for rapid adaptation to specific proteins. ALiCE® is an emerging eukaryotic CFPS platform that has shown potential compared to many other CFPS systems given its high yields, production of post-translational modifications and the possibility to scale-up reaction volumes. Given these characteristics, ALiCE® poses as one of the most promising CFPS systems to serve as a platform for pandemic preparedness.

In this project, the ALiCE® CFPS system will be explored to produce a variety of vaccine candidates alongside therapeutics. Special focus will be put into creating a versatile system capable of delivering rapid solutions to new or re-emerging diseases. 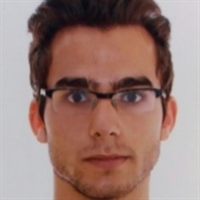