Parasitic nematodes are a major threat to plant, animal and human health. A common characteristic of plant- and animal-parasitic nematodes is their phenomenal persistence inside the host, presumably resulting from their ability to suppress host immunity.

These beta-glycans are recognised by extracellular pattern-recognition receptors on the surface of immune cells. We therefore hypothesize that parasitic nematodes modulate the activation of pattern-recognition receptors via extracellular cysteine proteases in both plants and animals. The objective of this proposal is to elucidate the role of the abundantly secreted venom-allergen-like proteins in suppressing or evading immune responses in both plants and animals. The knowledge arising from this project will enable plant breeding companies and pharmaceutical companies to develop novel nematode resistant food crops and novel anthelmintic treatments for livestock. 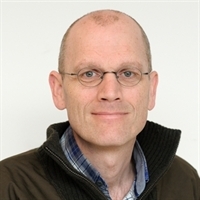