Lactic acid bacteria are used as starter cultures in dairy fermentations. Starter cultures employed in cheese manufacturing encounter many different environmental conditions during their production in starter-producing companies and during their application in the cheese manufacturing industry. To optimally perform, microorganisms have to continuously adapt to these changing conditions. Bacteria adjust their physiology to maximize their fitness to the condition they are in, at the cost of being less fit under different conditions. Microbial fitness under different conditions is determined by rate of adaptation including proteome degradation, production and renewal. Adaptation and turnover of the proteome is constrained by the availability of resources and/or cellular energy levels, which results in trade-offs during optimized growth followed by adaptation: the optimization of one trait usually correlates with decreased performance of another trait.

In this project, we investigate, by proteomics, regulation of protein synthesis and turnover in Lactococcus lactis under several different conditions. We focus on enzymes involved in cheese flavour formation to investigate how trade-offs can influence the performance of cheese starter cultures.

The overall aim is to gain knowledge on the trade-offs occurring in Lactococcus lactis under industrially relevant conditions and transitions. 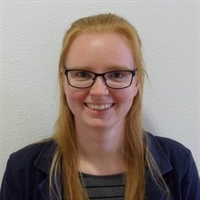