As a greenhouse gas, CO2 is a major factor in climate change. Many efforts to minimize the effect of CO2 are aimed at storing CO2 as a harmful gas. However, in the EU project BIOCON-CO2, the focus is on re-use as a valuable raw material. ‘In this project, we want to create a platform for sustainable re-use of CO2’, says Ana López Contreras of Wageningen Food & Biobased Research. ‘There are opportunities for using this gas as raw material for chemical building blocks which are in great demand.’ BIOCON-CO2 focuses on re-using CO2 released in the steel, cement and electricity sectors.

Fermentation and enzymatic conversion of CO2

Wageningen Food & Biobased Research is one of the 18 European partners in this Horizon 2020 program which uses biotechnology’s potential to add value to CO2. Ana López Contreras, researcher and project leader of Wageningen Food & Biobased Research, explains that Wageningen is working on two lines: ‘In the first line, we produce a mix of alcohols and ketones through fermentation of CO2 and hydrogen by means of microorganisms, for example, butanol,  ethanol, isopropanol and acetone. These mixes can serve as raw material for solvents, fragrances and surfactants. In the second line, led by Carmen Boeriu, we want to produce formic acid from CO2 through enzymatic conversion. Formic acid is a  intermediary product for producing other products, and commonly used for example as a preserving agent in food and animal feed products.’

Re-using CO2 by means of biotechnological processes could make a substantial contribution to the objectives of  the ‘Paris agreement’ on reducing negative environmental impacts. At the same time, this technology still has to prove itself. ‘In this project, we expect to make a first step towards commercial application, by demonstrating several promising routes on a laboratory scale. However, we are facing many technological challenges, for example which CO2 sources are more and less suitable? Especially the biological conversion of CO2 gas into valuable products is complex, since the gases from industries contain not only CO2, but often contain other components that are toxic to the microorganisms or inhibit enzymes which need to be purified first. But with our technological expertise here in Wageningen, we expect to make it possible  to produce valuable products from several CO2 sources.’ 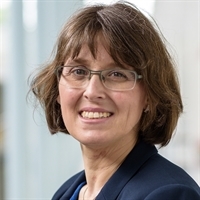 Do you have a question about BIOCON-CO2? Ask our expert: dr. AM (Ana) Lopez Contreras
Contact form + Show more (1)