The Wildlife Ecology and Conservation Group, together with Welgevonden Game Reserve, MTN and IBM, is working on a new anti-poaching system (called SmartParks) by combining animal ecology, sensor technology, internet of things, and artificial intelligence.

Rhinos and other megafauna species are at the moment under severe pressure of poaching, and it becomes clear that current anti-poaching practices are falling short of saving these species. For this reason we started a Proof of Concept study to test whether analytics based on data gathered about the behaviour of abundant mammalian savanna herbivores can be used to detect and locate intrusions by poachers.

For this project we released 135 animals (zebra, wildebeest, impala, and eland antelope; Fig. 1) over and above animals that already were present in a fenced area in Welgevonden Game Reserve, South Africa. Every animal was equipped with a collar carrying a GPS and accelerometer sensor that transmitted data in real-time via a LoRa network to a server in Europe (Fig. 2). For seven months staff of Welgevonden Game Reserve conducted controlled experiments, mimicking various types of intrusions (poachers or tourists on foot, in a car, or both). We tracked their movements, and recorded their behaviour, so that we could link their presence and location to concurrent data gathered on animal movement and  behaviour.

Monitoring the animals’ behaviour using collar-mounted sensors resulted in tens of million GPS records and hundreds of million accelerometer records. We used the data to develop an algorithm, using artificial intelligence, that automatically detects the presence of a poacher via the response of the sentinel animals (Fig. 3). The first layer of analytics includes the modelling of animal trajectories based on an irregular, noisy (and sometimes faulty) stream of raw input data. Subsequently, a second layer of analytics computes many informative variables about the movement behaviour of the animals, e.g., how the animals behave in relationship to many external factors (terrain, season, weather, conspecifics, time of day, environment, etc.). The interaction of all these variables was then used by our algorithm to learn whether the animals behaved normally or whether they were responding to a human-induced disturbance. In the last, higher-level, layer of analytics, we were then able to detect staged poaching incidents with 86.4% accuracy.

Given the success of this Proof of Concept study, we are now working on the Proof of Production phase, which aims at developing the project further into a real-time system that can be deployed in a much larger area with many more animals (including tagged predators). This will lead to even more data and insights, giving food for many studies in the years to come, but even more importantly to an operational early warning system that contributes to creating a safe haven for rhinos and other target species in this area. 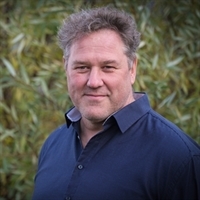