National Park De Hoge Veluwe and Wageningen University operate a wildlife survey system that is unique in the world. Since 2013, 50-70 camera traps continuously record the activity of animals across the national park. Each camera monitors a random patch of habitat in each of the six major habitat types: two types of forest, dry and wet heathland, drift sand and meadow.

Hoge Veluwe National Park is a fenced park of 5.400 ha. It has three entrances through which more than 500.000 visitors enter annually. The park is home to approximately 220 mouflon, 180 red deer, 200 roe deer, 50 wild boar and an unknown number of fallow deer.

The camera-trap network is unique because of the large quantity of cameras and the long duration of the monitoring. The habitat types are rather discrete, and the Park is fenced, hence we know precisely what choices are available to the wildlife. Moreover, the Park has strict opening hours and gates with ticket boots, hence we know when there are people in the park and how many.

The cameras collect over a million photographs annually, that we manage and process using the application Agouti. This application groups photographs into sequences that form time-lapse clips of moving animals. Classifying all these images to obtain observations, the actual data, is a major challenge.

One way in which we process these photo sequences is with the public, in the project Snapshot Hoge Veluwe, which runs on the citizen-science platform Zooniverse. Most participants are beginners in wildlife watching, hence the quality of the classifications is highly variable. Nevertheless, the classification of multiple users combined yields a ‘wisdom of the crowd’ that is usually correct.

To the national park, involving citizens in classification is an additional means to increase the knowledge and interest in wildlife among the public, and to encourage wildlife watching at the Veluwe. Snapshot Hoge Veluwe is supported by the SIDN fund, amongst others.

We use the data for a variety of purposes. One is to develop camera trapping as a method to estimate the population size of wildlife. Population size is a vital parameter in wildlife ecology as well as management but notoriously hard to measure in forested habitats. Hoge Veluwe is an ideal location for this purpose because the managers have quite precise annual counts of four species of ungulates to which we can compare our estimates.

We test the so-called random encounter model which estimates densities by correcting capture rates for the detectability of the wildlife. Detectability in turn depends on the size of the area that is effectively covered by the camera’s sensor and the total daily distance travelled by an individual. A big challenge to tackle is that detectability is highly variable. For example, both the detection distance of the movement sensors of the camera traps and the movement behaviour of the wildlife differ between species, habitat types, and seasons.

The cameras also allow us to study how recreation affects the behaviour of wildlife. The Netherlands are one of the most densely populated countries in the world, with numbers of recreations attaining levels that may affect the ecology of species and ultimately the conservation value of protected areas. We study wildlife responses to recreation in different ways.

First, we use a unique before-after control-impact experiment that the park provides. Up to 2015, visitors were allowed to wander everywhere, even outside of the paths, except in restricted areas. The camera network was set up to have half of the cameras in restricted area and half in accessible area. Since 2016, however, visitors must stay on the paths, and this rule is actively enforced. Effectively, the entire park is now restricted area. The camera data tell us how the distribution of wildlife activity has changed before and after the policy change.

Second, we take advantage of the fact that the park has strict opening hours that are shifted by one or two hours several times annually. Moreover, the number of visitors varies dramatically between days. Since many visitors buy tickets to enter, we have a proxy of recreation pressure. Busy and quiet days, as well as shift in opening hours, form experimental treatments to which wildlife may respond.

Third, we take advantage of partial closure of the park during the spring of 2020. When the park received few visitors because of corona, opening hours were limited for a while. This offered wildlife multiple hours of daylight without people. We measure whether wildlife responded by moving activity from the night into the day. 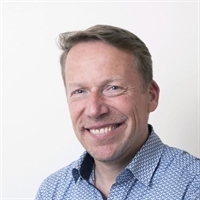