Disease outbreaks have dramatic impacts and destabilizing effects on societies. Few plant disease epidemics have devastated production of a food crop as severely as Panama disease.

Panama disease wiped out large areas of bananas in Central and South America in the first half of the 20th century with an economic impact of at least $2.3 billion and foremost determined land acquisition strategies of banana firms and consequently relationships between banana firms and the Central American states and other social actors. Eventually, the shift to Cavendish bananas, resistant to the Foc genotype that caused this first Panama disease epidemic, enabled continued banana production in the region.

The impact of Panama disease on food security, banana is in many countries an important part of local diets, is not well documented, but Foc is present in many farming systems globally. Its re-emergence in Indonesia motivates this joint research program. The Panama disease re-emerging in South-East Asia is a new race of the disease called Tropical Race 4 (FocTR4). It is extremely virulent to Cavendish, and it destroys bananas destined for domestic and international markets and spreading rapidly throughout the region. Thousands of hectares of Cavendish have been destroyed in Indonesia and Malaysia, and FocTR4 damage accumulate to US$400 million in the Philippines only. Thus, FocTR4 is a huge concern for the global export banana sector, but FocTR4 may exert an even greater impact on the domestic production of this staple crop as many locally preferred cultivars also succumb to the disease thereby threatening the livelihoods of millions of smallholder producers. Therefore, international and national research and policymaking communities on bananas have been alarmed and are calling for concerted action to control this disease. The overall objective of the program is to deliver fundamental knowledge on banana, Foc and their mutual interaction with or without a soil component.

The program is embedded in a social science framework recognised the relevance of human behaviour and collective responses for sustaining local banana production in Indonesia. The program is a multidisciplinary cluster of integrated projects. This is crucial for global Panama disease management. It has a strong focus on biological diversity, ecological variability and institutional variety as an entry point for detecting mechanisms that may lead to enhanced resilience. The program explores Indonesia’s rich biodiversity to secure food production at local, regional and global levels. The specific objectives of the individual projects aim at discovering and describing the wealth of diversity in the centre of origin of banana in Indonesia and clarifying the structure of the co-evolving Fusarium complex whilst aiming at impact for local growers that suffer from a unmanageable disease and a collapsing crop. They can be summarized as follows:

Unveil the extraordinary genetic diversity of (wild) banana germplasm in Indonesia as the centre of origin of banana and hence also for the co-evolving pathogen Fusarium oxysporum complex to discover genes of agronomic value that determine the outcome of this host-pathogen relationship;

The program provides Indonesian scientists with ample opportunities to join forces with on-going and initiated international research programs aiming at sustainable banana production The growing concern over Panama disease resulted in the Wageningen University INREF program on Panama disease and this JRP offers Indonesia the opportunity to tie-in with that program. This JRP links in with the strategic plan on ‘Agriculture, Fisheries, and Forestry Revitalization’ proclaimed by the Indonesian president in 2005 that targets for a national banana production of 11.27 mton in 2025. Managing FocTR4 is essential for this ambition. Here, we propose a program that offers tools, methods and network to effectively manage FocTR4 and hence secure and improve national and international banana production. The results will be integrated into an international context of aligning projects that focus on global Panama disease management focusing on the entire South-East Asian region in order to prevent further dissemination into hitherto FocTR4-free areas around the globe. 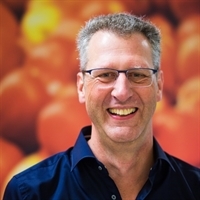