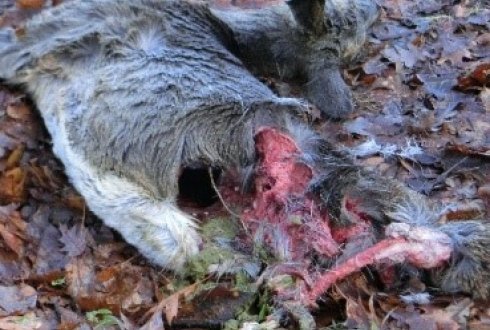 How proceeds the decomposition of dead animals (i.e. “carcasses”) in nature? Which nutrients are stored in carcasses? How important is the role of scavengers in the cycle of these nutrients? And how fundamental is the process of carcass decomposition, and how important is it in an entire ecosystem? These are key questions in the PhD research of Elke Wenting.

Imagine an animal dies in the woods. What will happen? It may be eaten by other animals, or it decomposes. Surprisingly, we know very little about what exactly happens when carcasses decompose in nature. It is actually well-known that many animals benefit from the presence of carcasses as food source or breeding site (so-called “scavengers”), and thus that carcasses have a positive effect on biodiversity (the diversity of species present in an ecosystem). Examples of scavengers are birds like vultures and raven, mammals like foxes, but also plenty of insects (e.g. beetles and flies). But how important are scavengers in determining the fate of a carcass, and what happens when crucial scavengers are absent?

The race for the carcass

All living organisms consist of nutrients. Nutrients are needed to build up a body and to maintain its life functions. Animals gather their required nutrients over large areas and long timespans, and accumulate these nutrients in their bodies. Consequently, when an animal dies, the nutrients stored in its body suddenly become available for scavengers. But at the moment an animal dies, a real race starts between scavengers and microbes (e.g. bacteria).

During this PhD research, Elke Wenting tests how the scavengers that are present in an ecosystem determine how carcasses decompose. She tests this in several experiments. For example, she will systematically exclude subsets of scavengers from carcasses: e.g. excluding all mammals, all birds, all insects, etc. She will monitor which scavengers use the carcasses using camera traps, and she will monitor what happens with nutrients stored in the carcasses by periodically measuring the soil nutrients.

This project is funded by: Graduate School for Production Ecology & Resource Conservation 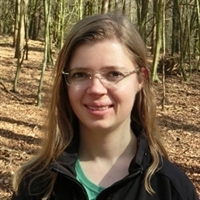 Unfortunately, your cookie settings do not allow the social media element to be displayed. check your settings.