Stichting Landschapsbeheer Gelderland (SLG - Landscape Foundation Gelderland) plays an intermediary role in the socialization of the landscape management. In light of the development for a participatory society, SLG requested Alterra by means of a Science Shop project to take its participatory approach under the microscope and look at value creation in the projects in which it is involved.

The ability for self-organization of people in society is changing the established role of governments and institutions in the public domain. Nowadays there is a co-production of public values at work. In collaboration with other stakeholders SLG committed to the care and the experience of a vital landscape with respect for identity. SLG has a so-called “participatory approach” in which SLG encourages local involvement and care for the landscape and in which they do projects together with citizens, volunteers and local community organizations.

The objective of this study was twofold: a) The interpretation of the participatory approach of SLG and b) Understanding the value creation projects and processes in which SLG plays a role. This requires research into the process of SLG and value creation in general and more specifically in the projects Beltrum in het Groen [Beltrum Green], Kopermolenpad Wenum Wiesel [Copper Mill Path] and Groener (dan de) Buren [Greener than the neighbours].

In the course of time SLG has tried to make projects more and more based on local initiatives. The process has become more focused on connection and involvement of citizens by emphasizing the contribution of the citizens themselves which also creates responsibility.

In the projects and processes in which SLG is involved, each person, whether citizen or civil servant contributes in its own way to the total of value creation. So there is joint value creation. It should be noted that the input and energy of citizens forms the basis and is combined with knowledge, time, effort, money, commitment, networks, etc. from governmental institutions, other organizations and SLG. As such the process of value-creation is a reciprocal process. Moreover, the multiplicity of value creation is reflected: Involved citizens, communal organizations, governmental institutions and SLG find that there are created several (types of) values. It also appears that the resulting values do not only relate to those directly involved, but also indirectly involved and even the (local) community as a whole. 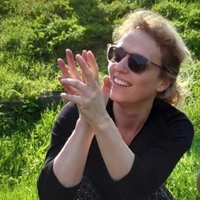