The overall aim of my project is to gather robust experimental evidence on the effects of forest density reductions on tree hydration and growth under hot and dry conditions. I will do so by using a long-term field experiment in the Netherlands containing a full density gradient

Drought incidence will increase with climate change and bring about negative effects on forests, hampering their ability to fulfil their ecosystem services related to society, ecology and economy. Informed decisions about how to manage our forest are crucial but remain a challenge due to uncertain (or lacking) scientific findings related to drought and possible management interventions. Forest density reductions are suggested as a feasible CSF intervention, supported by a increasing body of evidence.

It remains debated to what extent, and how, density reductions would ensure forest drought resilience since a multitude of factors have been suggested to reduce or even cancel the expected positive effects on tree water availability. In my thesis, I will investigate these matters by addressing four key objectives:

For this research I will make use of an on-going forest experiment located in the Netherlands, consisting of fifteen forest plots of >1 ha, each located on similarly poor sandy soils, with five replicate locations (see Figure 2) dominated by Common beech (Fagus sylvatica), Douglas fir (Pseudotsuga menziesii) and Scots pine (Pinus sylvestris). In 2019, in each of the 15 plots, stand density treatments were established to four ¼-ha plots: one clear-cut (all trees removed), shelterwood-system (~ 80% removed), high-thinning (~20% removed), and a control (no removal) (Figure 2). 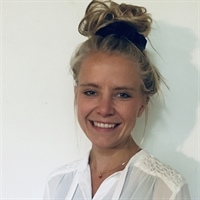