Since 2010, the Dutch Ministry of Economic Affairs has supported a series of projects towards the sustainable management and restoration of the Netherlands’ most important mangrove wetland: the protected Lac Bay of Bonaire. This principally occurs within the context of the Wageningen University and Research Center “BO” (policy supporting research) Program. Thanks to a follow-up project titled “Ecological restoration of the Lac Area”, several innovative interventions are now being planned for 2016.

Photo on the right: Mangrove creeks need to be kept open for health water circulation

On the east coast of Bonaire, the mangrove forests and associated seagrass beds of the Ramsar wetlands of Lac are of great value as nursery habitat for many important reef fish species including snappers, grunts and groupers. Particularly important is the role of mangrove creek habitat as habitat for the internationally endangered Rainbow parrotfish (Scarus guacamaia). Following initial orientation visits by experts from IMARES in 2010, and the formulation of an action plan together with designated management authority STINAPA Bonaire, the first main step was to conduct ecological baseline studies (see reports below).

A principal cause for the absence of mangrove vegetations around the shores of the bay is the presence of roaming livestock. Within the Wageningen-UR BO mangrove initiative, several livestock exclosures were constructed in 2011. These quickly and clearly showed the positive effects of livestock exclusion from the otherwise barren areas surrounding the bay. This means that simple livestock exclusion, can quickly result in lush shoreline vegetation, and should be an effective means by which to trap and limit the excess influx of sediments and nutrients caused by man-induced erosion from land.

The largest and single-most important threat to the ecological functioning of the bay is that in the last decades it has been rapidly filling in with sediment. This is not only due to infilling from erosion on land, but also due to the biological productivity in the bay itself. As a consequence, on average the bay has been losing 2.34 hectares of productive waters each year. In shallow, hot and saline backwaters mangroves and important nursery fish species simply do not survive. To re-establish water depth, removal of built-up sediments and re-establishing open water connections are the real only solution. Therefore, one of the most important early recommendations was to use a few small pilot projects to demonstrate the utility of such active interventions. While the use of active interventions is commonplace in Dutch nature management, it is a largely new and unfamiliar management paradigm in the Caribbean. Therefore, to ensure broader acceptance of such an approach it was deemed critical to first demonstrate it through small pilot studies that could provide tangible “proof of concept” (see report Lac Bonaire – Restoration Action Spear Points - sep 2010).

As critical follow-up, in 2013, IMARES led the drafting of a new project to implement several physical management interventions. Mid-2015 the project was approved by the Dutch government and which means that in 2016 several interventions will take place to enhance and restore the ecological functioning of the bay. In this IMARES, and her sister-organizations Alterra and Wageningen University will help ensure scientific standards for these projects while execution will be the responsibility of STINAPA Bonaire and the Bonaire Office of Spatial Planning and Policy. 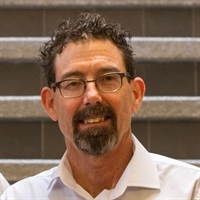