PhD project by Alice Scaillierez. So far, the relevance of light intensity and light spectrum for pig welfare is often neglected, as also important welfare indicators such as social and exploratory behaviour and affective states. This PhD project intends to increase our knowledge on the effect of lighting on pig welfare.

Most pigs are raised under conventional indoor conditions. Lighting in pig housing is known to alter the display of active behaviours, such as feeding and reproductive behaviours, and also physiological processes, like growth and vitamin D synthesis. Available literature mainly reports about the effect of light period on production aspects like growth, reproduction, health or production related behaviour such as feeding and resting. The relevance of light intensity and light spectrum for welfare is often neglected, as also important welfare indicators such as social and exploratory behaviour and affective states. In humans, for example, light is used as a treatment for affective disorders and as the human visual system is akin to the pigs‘ one, light might interfere with pigs’ mood and emotions. Thus, an appropriate barn light design might positively impact the welfare status of pigs.
The aim of this PhD project is to investigate the effect of lighting parameters to improve the welfare of growing-finishing pigs.

As current knowledge on the effect of light intensity is limited, a first experiment will test different intensity levels on growing-finishing pigs of a commercial farm with modern LED technologies. The welfare assessment of pigs will include health, production, behavioural and affective state measurements. In a second experiment, the effect of different visible and invisible light spectra on pig welfare will be studied using similar welfare indicators as in the first experiment.
In light of the previously gained knowledge, combinations of the most appropriate light intensities and light spectra will be investigated in a third experiment to propose new lighting concepts for pig houses contributing to a better pig welfare status. 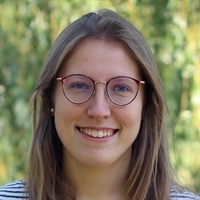