Breastfeeding is known for its health benefits. Understanding how microbial communities are shaped in the presence of human milk sugars can be a step towards achieving optimal infant nutrition.

Breastfeeding is the suggested form of infant nutrition, but almost 75% of infants in Europe need alternative forms of feeding, primarily infant formula. Infant formula consistency has been improving to mimic its human analogue, but differences between breastfed and formula-fed children are visible, especially in the composition of the gut microbiota. It has been suggested that human milk oligosaccharides (HMOs) are the components that beneficially shape the microbiota. More than 200 of these oligosaccharides have been found in human milk, all of which occur from the elongation of approximately 19 simpler core structures. The HMOs reach the infant gut and get utilized by some of the residing bacteria. Valuable products of the degradation are shared between bacteria resulting in the formation of microbial networks. However, there are still big knowledge gaps in understanding the utilization of all HMOs and especially of how they affect the formation of microbial communities.

We aim to achieve that by creating a toolbox comprised of synthetic communities grown on HMOs of increasing complexity. The first part of the project focuses on bioinformatics analysis the results of which will be utilized for the subsequent in vitro experiments. 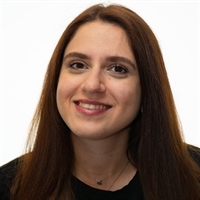 Bäckhed et al., 2015. Dynamics and Stabilization of the Human Gut Microbiome during the First Year of Life. Cell Host Microbe.