When the world population grows, it's need for animal protein is expected to grow too. Livestock, like poultry for example, is often raised on crops like soy or grain. These crops are no longer available for human consumption. To ensure that arable land is used to grow crops for human consumption, an alternative is needed. INSECTFEED is a project that aims to provide this alternative.

Insects turn waste streams with organic waste into a potential source of protein for animal feed. The left over insect faeces (Frass) can be used as a fertilizer. This means that using insects in feed can reduce waste streams and improve fertility. Feeding insects to animals is a step towards a circular economy, with multiple benicifial effects.

The aim of INSECTFEED is to:

(3) conduct an economic analysis of the value chain development.

More information can be found on: https://insectfeed.nl/ 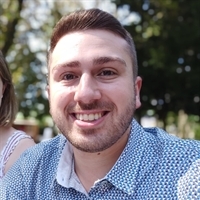