We identify the discourses and (re)construct the theories-of-change (ToCs) behind these approaches. We present findings on how commodities drive deforestation directly and indirectly. Secondly, we look at the main geographic focus of ZD-VC approaches on already-known, historically deforested hotspots, taken by actors mainly from consumer countries which have high and increasing levels of forest cover.

Thirdly, we look at evidence on effectiveness of most approaches. Fourthly, we look at if and how ZD-VC approaches address the leakage of deforestation to other forested regions or spillover effects where other types of commodities or local market demands become drivers of deforestation. Fifth, we examine how political discourses steer preferences for different ZD-VC approaches, and differences of opinion on the drivers and solutions to deforestation and causality claims. We report on options for action by stakeholders such as origin, producer country- and consumer country governments, financial institutions, business, certification standards and their alliances, academic institutions and consumer organisations. We conclude with lessons learnt, summarising that as no single approach covers all the deforestation related issues encountered in commodity VCs, a combination of the best of the different approaches that encompass farm to landscape scales, could be a plausible pathway to more effective approaches which result in zero deforestation. Other critical elements are the enforcement of regulations and closing the loopholes in VSS, which undermine effective governance. A geographic focus on deforestation, and including reforestation and afforestation in the ZD-VC approaches are also key to success. 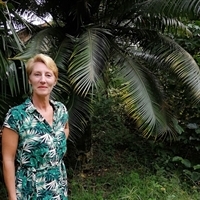