The use of biofuels is possible without jeopardizing food security. Under the right conditions, it can even lead to increased food security. This is one of the conclusions from an international panel of multi-disciplinary experts, including researchers from Wageningen University & Research. The findings are published in the Biofuels, Bioproducts, & Biorefining (Biofpr) Journal, an international source for scientific information on sustainable bio-based products and fuels.

The experts used a survey, an expert panel, and literature review to study the effects of variable biofuel production. In the EU and other jurisdictions, biofuels are currently blended in a fixed proportion with conventional fuels. According to the experts, the production of bioethanol from sugars and starch or biodiesel from fats and oils can be increased during periods when these raw materials are abundantly available. During such times of plenty, prices for these commodities are depressed. Conversely, the production of biofuels can be reduced if the availability of the raw materials is low and the prices of these raw materials are high. Raw materials for biofuels can thus form a 'virtual feedstock reserve' that can be used for food production if there is a need for it. Dr Iris Vural Gursel, researcher at Wageningen Food & Biobased Research, is one of the authors of the article in Biofpr. She proposes that if biofuel production is adjusted in response to biomass feedstock availability and prices, this variable demand can offer a feedstock supply cushion to help meet needs for food, materials, and chemicals.

According to 58% of the experts participating in the survey, variable demand for biofuels can have a positive effect on agricultural productivity. A significant minority (28%) disagree. Some respondents noted that a positive effect is possible because variable demand for biofuels has a stabilising effect on the crop market: it provides an additional channel for farmers to sell abundant crop yields, absorbing supplies that exceed demands for other uses. Since the primary feedstocks for biofuels are widely traded with existing logistics and infrastructure, this mechanism can function at multiple scales. Having an assured market provides increased security to growers and facilitates investments. Investments in improved seeds, equipment, and technology, in turn, increase farm operation efficiencies and productivity, generating effects for the agricultural sector that extend beyond the biofuel supply chain.

On the contrary, other experts expressed concerns that variable demand for biomass will lead to a drop in investment in the biofuel industry or could increase competition for scarce resources. One striking observation from survey respondents was that agricultural and environmental experts were more positive about the favourable effects than economists and chemists.

Effects on land use

A major concern surrounding the production of biofuels is that the land requirements for growing biofuel feedstocks will compete with other crops, to the detriment of food security and the environment. If biofuel crop production displaces other essential products, it could contribute to agricultural expansion and deforestation, or “indirect land-use change.” However, researchers identified several studies, including some in Brazil, that show how policies on biofuel production can lead to more efficient and sustainable production methods, with a net positive impact on land use.

The findings of the expert panel show that there is a strong need for appropriate policy. As reported in the paper, biofuel policies should consider the availability of raw materials and their prices. The authors recommend that mechanism be established to allow temporary adjustments in biofuel production in order to prevent potential food crises. Such virtual buffer systems could help buffer fluctuations in the availability of raw materials.

Dr. Vural Gursel notes, "In particular, the experts agreed that low prices for agricultural products are bad for food security: farmers then invest too little in their farms because the margins on their products are simply too low – they do not have the money. This leads to lower yields in following years and, in the long run, can end up requiring more land. Variable demand for biomass is an interesting idea that may help prevent oversupply leading to too low prices. It then leads to more security for the farmer, who will be more likely to invest in improving productivity, in the end requiring less land for the same production.”

In addition to Wageningen University & Research, scientists and experts from AgriQuest, Biomass Research, Oak Ridge National Laboratory (USA), the University of Nebraska-Lincoln (USA), and the Netherlands Enterprise Agency, also contributed to this study. 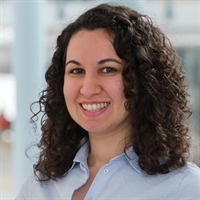