The global livestock sector has a significant impact on food security, climate and biodiversity. Pursuant to the COP26 climate summit, scientists from Wageningen University & Research and other knowledge institutes wrote an article providing an overview of this impact. Based on case studies from the Netherlands, New Zeeland, Colombia and Kenya, they describe how the impact of livestock farming on climate change and biodiversity may be mitigated. Simon Oosting, a scientist with the Animal Production Systems group, is to present the article at the COP26 on 10 November.

Livestock farming contributes to the emission of greenhouse gasses, for example, through the methane released by cows and the CO2 released when forests are cut down to make room for animal feed production. The case studies in the four countries show different ways to reduce the effects of livestock farming on the environment. Some examples show that policy-makers are able to achieve big improvements through small steps, while in other cases, drastic systems changes are required.

Trees in Colombia, cheese from Schiermonnikoog

In Colombia, much of the country’s forests and savannas have been transformed into pastures for cows and other cattle. Over-exploitation has caused these meadows to degrade. Thus, the co-called silvopastoral system was introduced in several areas in the country. This is a system where trees, grass and cattle farming are combined. This system has a positive impact on biodiversity and the sequestering of carbon within the system. Moreover, it enables farmers to produce fruits and timber from the trees.

New Zeeland used subsidies to reduce the population of sheep and the amount of land used for sheep farming. In spite of the lower population of sheep, the total production increased slightly as a result of increased focus on health, good food and animal genetics. In Kenya, the government introduced a monitoring system to better measure emissions. This enables the government and farming consultants to intervene and assist farmers in lowering their greenhouse gas emissions without loss of production.

WUR-researchers Simon Oosting and André Bannink list three examples from the Netherlands in their research. The first is the Dutch manure policy: In the nineties, guidelines on the storage and use of manure significantly reduced nitrogen emissions. The researchers go on to describe the broadening of the farmers’ business model. Seven farmers on Schiermonnikoog, for example, decided to collaborate in the production of cheese. This lowered the number of heads of cattle on the island from 700 to 350, while the farmers retained their income. The third example details the transition to circular agriculture.

According to Oosting, the key lesson to be learned from the case studies is that governments and farmers should collaborate to implement methods that work for both parties. During the presentation at the COP26 summit, videos of farmers from the four countries will be shown. ‘In order to be successful, we must not forget the farmer’, Oosting states.

This research was conducted at the initiative of the Ministries of Agriculture of the Netherlands and New Zeeland. The article was written by WUR, ILRI and the New Zealand Agricultural Greenhouse Gas Research Centre.

Simon Oosting, a researcher with the Animal Production Systems group, is to present the research at COP26 in Glasgow on 10 November. The Ministers of Agriculture of the four countries involved will be present (online) during the presentation. 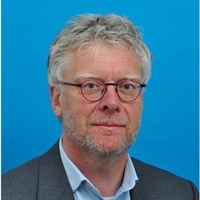 Do you have a question about sustainable livestock farming? Ask our experts: prof.dr.ir. SJ (Simon) Oosting
Contact form + Show more (1)