The executive board of Wageningen University & Research (WUR) has appointed Prof. Dr. Simon Oosting as Professor and Chair of Animal Production Systems. Oosting was already interim Chair last year. He succeeds Professor Imke de Boer, who is now Personal Professor. The appointment of Oosting has commenced on December 1st.

Oosting's chair group focuses on research about sustainability of livestock farming worldwide. There are different ideas about structuring the system in which food is produced. Such a food system can be based on circular agriculture, or it can aim for the lowest possible climate impact, or be nature-inclusive, or focus on healthy food.

Scientists from the Animal Production Systems group are investigating the role of livestock and which forms of animal production are sustainable in the different food systems. 'With the scientific knowledge we generate with this,' says Simon Oosting, 'we aim to support the public debate about sustainable livestock farming'.

Worldwide, livestock farming has economic and cultural values. The downside is that livestock farming has undesired effects on the environment and on the animals that are kept. Greenhouse gas emissions, loss of biodiversity, pollution of water and air with nutrients and impacts on animal welfare are examples of this.

Simon Oosting (1959) studied Tropical Animal Husbandry in Wageningen. He was drawn to faraway places, but also to the essence of the role that livestock in the tropics have for people. He obtained his PhD on research about feed intake and utilization of low-quality feeds by ruminants. He worked in India, Canada and Norway before returning to Wageningen University & Research in 2001 where he was responsible for research and education about livestock farming in the tropics. 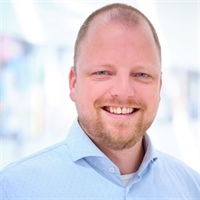