Sea turtles have been overharvested in the past, resulting in their endangered population status. But since two decades, their populations have recovered in certain areas around the world, and their ecological role is unfolding. The seagrass meadows they feed on are returning to their naturally grazed state as a result. Some are even becoming overgrazed. How does the return of the sea turtle affect the functioning of coastal ecosystems?

A research team analysed the seagrass ecosystem value (such as coastal protection and carbon storage) along a turtle grazing area from low to high. In experiments, they determined the impact of recovering sea turtle populations on ecosystem functioning. The team, led by Wageningen University, with colleagues from the Netherlands and the Dutch Caribbean, recently published their findings in Global Change Biology.

Seagrass meadows provide us with a range of goods and services. For example, they provide a habitat and food for many commercially important fish species. They also help protect the coast by stabilising sediment, and reducing wave energy. With the return of the large herbivore – the sea turtle – it is important to quantify their impact on the ecosystem services a seagrass meadow can provide. Often these services are measured separately, but in the new study, the most essential services have been assessed together to assess the ecosystem’s multifunctionality.

Combining ecosystem services in one index

“Our approach to measuring different ecosystem functions simultaneously and combining these in one ecosystem-multifunctionality-index is new for marine habitats and led to striking results,” says Marjolijn Christianen, lead investigator of the study. “We found that medium turtle grazing pressure increased carbon storage and nutrient cycling in seagrass meadows. On the other hand, fish biomass and other services were higher in meadows without turtle grazing. More importantly, we found a simultaneous collapse of all these services under severe turtle grazing pressure.”

Based on these results, the authors argue that the successful return of the sea turtle should be accompanied by the protection of their habitat, seagrass meadows, as well as their predators, who can influence turtle grazing behaviour through fear effects. “Based on recent insights from studies in the Bahamas, the resulting spatial variation in grazing pressure can probably prevent habitat collapse,” says Fee Smulders, co-author of the study. Christianen: “By taking an integrative ecosystem approach to management, we can maintain high ecosystem multifunctionality, as well as balanced ecosystems that can sustain natural densities of charismatic sea turtles”.

Green sea turtles are considered the megaherbivores of the ocean. Since their populations have been decimated, scientists have become accustomed to studying and experiencing ungrazed seagrass meadows. These lush seagrass meadows dominated by sturdy species are considered healthy, in ‘pristine’ condition, and very valuable. But with the return of the green sea turtle in many coastal areas in the past decades – due to successful conservation – many seagrass meadows have been transformed into grazed seascapes.

An earlier paper published in Nature, Ecology and Evolution by Wageningen researchers discussed how we must reconsider our view of a pristine seagrass meadow, which likely consists of a mosaic of (heavily) grazed patches and ungrazed patches with high plant species diversity and higher biodiversity in general. This mosaic seascape may be more natural, even though the ecosystem value may be slightly lower than ungrazed meadows. Now that the different grazing scenarios (high turtle abundance, low abundance, sometimes hyper-abundant) coincide in all three ocean basins where turtles are found, the outcomes of these new studies are even more globally relevant and urgent. The findings can also be used to predict ecosystem impacts of future shifts.

This research is funded by the Dutch Research Council (Nederlandse Organisatie voor Wetenschappelijk Onderzoek) Grant no. NWO. 016.Veni.181.002, and NWO-ALW 858.14.090 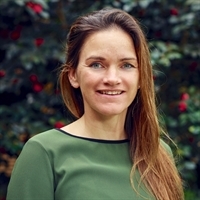