Researchers at Wageningen University & Research have discovered that black mangrove trees can produce twins. While the phenomenon of twin seedlings was seen before in other mangrove species, this is likely the very first time it was observed in black mangrove trees.

The phenomenon of twin seedlings in mangrove species has only been observed a few previous times. In this case, it is highly likely the very first time observed in black mangroves. In a short communication, published past summer in the academic journal Botanica Marina, Sara and her colleagues at Wageningen and Burger’s Zoo describe and visually report this notable finding.

Mangrove species play a key role in tropical regions by preventing coastal erosion and providing a habitat for hundreds of different plants and animals, as well as human populations. Because of their important functions, NESSC researchers study the impacts of climate change on mangrove trees.

“The ability of mangrove trees to produce twins might give them an evolutionary advantage under a changing climate because they can adapt their reproductive strategies,” says Sara Pino Cobacho, lead investigator of this study. 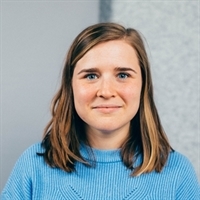 Do you have a question about twin seedlings in mangrove species? Ask one of our experts: S (Sara) Pino Cobacho MSc
Contact form + Show more (1)