Intercropping has been found to significantly increase the yield, resource use efficiency, and agriculture ecosystem services. However, there are also many intercropping systems that are not aiming to harvest grains but to produce forage. Thus, the forage quality of intercropping should be determined. A meta-analysis and two years of perennials (red clover, whiter clover, and lucerne) maize intercropping field experiment has been conducted in Wageningen, the Netherlands.

Intercropping is an ancient practice that has been marginalized by modern intensive agriculture. However, intercropping may be a means to solve some of the major problems associated with modern agriculture, thereby contributing to the realization of productive, effective, and sustainable agriculture. There are many intercropping systems that are not aiming to harvest grains but to produce forage. The nutritional value of the forage is influenced by several factors, including the growing environment, the genetics of the plants, and several management factors such as harvest, fertilization, irrigation, and storage variables. In the intercropping system, especially in the maize/perennial legume intercropping system, where a high C4 cereal intercrop with short legume species, the shading effect of maize on legumes can influence light intensity. Therefore, the nutrient content of intercrops can be affected. In the current project, the influence of intercropping on forage quality will be investigated by a Meta-analysis and field experiment.

Light intensity is one of the most important environmental factors that can change the forage quality. The reduction of light intensity under the shading effect can affect morphogenetic responses in the legumes, including the stimulation of leaf and stem elongation and the inhibition of tillering. The shading effect in maize/perennial legume intercropping might be one of the potential reasons that change the forage quality of intercrops. The soil Nitrogen and N fertilization rate is another potential reason that changes the forage quality of intercrops in maize/perennial legume intercropping, as under a high N situation, the maize crop grows higher, so the shading effect is more significant. However, the high N level in the soil leads to a higher crude protein content of intercrops, especially cereal intercrops. When the soil-N level is low, the shading effect is less significant, and the legume can produce more Nitrogen by fixing nitrogen from the atmosphere, but the competition for soil N may reduce the crude protein content of intercrops. 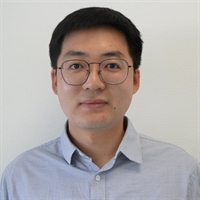 Read more about the research theme