Sanne Kruikemeier, professor of digital media and society, Department of Strategic Communication and Ingrid de Zwarte, associate professor of agricultural and environmental history both working at Wageningen University & Research have received the Early Career Award. Attached to this award from the Royal Netherlands Academy of Arts and Sciences (KNAW) is a cash prize of €15,000 and a specially designed art object. Congratulations!

Questions such as "How is famine possible in a world of plenty?" and "Why is warfare often accompanied by food scarcity?" are central to Ingrid de Zwarte's research. Questions at the intersection of history and the interdisciplinary study of famines (famine studies).

Through extensive archival research, she analyzes the many ways in which food and hunger have been used as weapons of war, but also how hunger mobilizes people into resistance and self-organization. Her ambition is to deepen and broaden the dialogue between science, society and politics on today's major global food challenges.

The impact of online communication

Kruikemeier researches the impact of online communication on individuals and society. Among other things, she focuses on how political parties campaign on social media, and its impact on political opinion formation, polarization and voting behavior. For example, she and her research team gathered a large data set around the midterm elections in the United States. "Together with the Strategic Communications Group, we are now setting up research projects around two important themes: the polarization of the climate debate in the media and the politicization of science communication," she says.

Kruikemeier has published on data-driven political targeting, how citizens and governments deal with privacy, news consumption and digital journalism.

In this, she also looks at what it means when people inform themselves one-sidedly, or see a lot of mis- and disinformation, or avoid the news. "With the money I hope to further support my own lines of research, but also to support young researchers in their own research and careers."

The KNAW established the Early Career Award in 2019 to recognize talented researchers at the beginning of their careers who are considered capable of (further) developing innovative and original research ideas. Up to twelve Awards will be presented annually. Three in each of the four KNAW domains (Humanities; Behavioral, Social and Legal Sciences; Natural and Technical Sciences; Medical, Medical-Biological and Health Sciences). 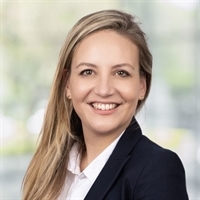 Do you have a question about this award? Ask our experts: prof.dr. S (Sanne) Kruikemeier
Contact form + Show more (1)