In order to meet the targets of the Energy Agreement, the Dutch government is putting a lot of emphasis on solar energy. The use of solar energy (electricity and heat) in the Netherlands increased by 37 percent from 2018 to 2019. This is reflected in a large increase in solar parks, particularly on agricultural land. These solar parks are usually aimed at maximising energy yields. Wageningen University & Research (WUR) also wants to add nature-inclusive and social impact.

Global society is faced with several major challenges: climate change, making energy sustainable, sufficient and healthy food production, bending biodiversity decline and water availability and quality. These challenges are connected: actions with respect to one particular challenge often can have effects on one or more of the other challenges, which in certain cases can lead to a slowdown or an acceleration of the process pursued.

In the Wageningen Solar Research Programme, we develop an integrated approach on the transformation process. Our research focus is on six related themes:

In all themes, we make use of the latest technological innovations. With the Solar Research Programme, we want to lay the scientific foundation for sustainable solar parks that are profitable for the economy, nature and society. WUR is working on this together with citizens, landowners, developers, energy and technology suppliers, consultancies, governments and civil society organisations.

The vision of the Solar Research Programme contains the following ingredients: 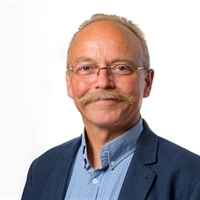