An increasing number of solar parks are being built on agricultural land. These are primarily aimed at maximum electricity production. Such a monofunctional solar park is at the expense of the availability of land for food production. Agrivoltaics combines energy production and food or feed production, based on the idea of 'solar sharing'. In agrivoltaics, crops or grassland are placed under solar panels. In a temperate climate, these crops can benefit from protection against rain, hail, excessive radiation and heat, reduced evaporation and thus improved water use.

Solar panels in an agrivoltaics system must be placed at a greater distance compared to conventional, monofunctional systems. This increases the construction costs, but results in less mutual shading of the panels; during drought and heat, panels can benefit from the cooling effect of a crop evaporating underneath, which increases the efficiency of the panels. For optimal use of agrivoltaics systems, the effects on crop or grassland production should be monitored, along with the effects on energy production. Adjustments in cultivation and construction may be needed to realise optimal, economically viable systems and business cases for both the farmer and the energy company.

In the Netherlands, agrivoltaics systems are being tested on fruit crops that already require some form of protection. In raspberry cultivation, for example, solar panels can replace plastic arches for protection against rain. These are attractive situations because the installation of high-level solar panels requires no additional investment, machinery or labour. Furthermore, there is little impact on the landscape because the panels replace the plastic arches.

WUR monitors the effects of solar panels on the microclimate (temperature, humidity, PAR), diseases and pests, light distribution, crop development and crop yield, to evaluate the effects of the solar panels and set-ups tested. This information, together with information from the literature, will be integrated into crop models. With this we want to enable research into other setups (e.g. two-sided systems or dynamic systems) and optimise agrivoltaics systems for different purposes. 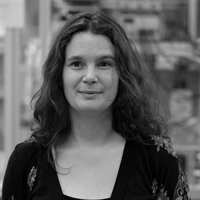