On 21 May, the RIVM confirmed that cases of monkeypox in humans have also been identified in the Netherlands. So far, cases have only been found in humans; the disease has not yet been found in animals. “We currently have no reason to believe that the virus is present in animals in the countries where humans have been infected,” WBVR virologist Wim van der Poel says.

Monkeypox is caused by a virus, and the monkeypox virus belongs to the family of Orthopox viruses. Monkeypox is a zoonosis; the virus occurs in wild animals and can on occasion be transmitted to humans. African squirrels, the Gambian possum and dormice are thought to be animal reservoirs.

“The main animal reservoir of the monkeypox virus is not known, but it is likely to be certain rodent species, and not monkeys, as the name might suggest. No continuous replication of the virus is seen in primates,” Van der Poel explains. The monkeypox virus owes its name to the fact that monkey species can develop clear symptoms of disease, just like humans.

The monkeypox virus can be transmitted through direct contact with infected skin, through contaminated materials, or through contaminated droplets from the mucous membranes of infected people or animals. This is also how people can pass the virus on to each other. According to the RIVM, this is also the most likely route of infection of the current outbreak of monkeypox. So far, there is no reason to think that – outside Africa – animal to human transmission is the starting point.

Since the eradication of the smallpox virus in the 1970s, monkeypox has been the primary pox virus to affect humans. Infections in humans are mostly seen in forested regions of central and west Africa. There are two strains of monkeypox virus: a west African and a central African one (Congo Basin). Contact with live or dead animals through hunting and consumption of bush meat poses a risk of infection. 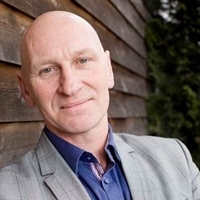 Do you have a question about monkeypox in humans? Ask our virologist: prof.dr. WHM (Wim) van der Poel
Contact form + Show more (1)