The clock is ticking. We need to change the way in which we eat and produce meat since the current system is not sustainable (Buckwell and Nadeu, 2018). If we open our eyes and look around, we can already see some changes such as the availability of a full array of ‘meatless’ products in supermarkets. You might wonder whether we are doing enough or realise the consequences for the future. Researchers at WUR are contributing to the current debate on the protein transition. They have assessed the potential effects on primary agriculture of an increase in the share of EU consumers that adopt vegetarian, vegan and flexitarian diets in the coming decade. We have found that consumer choices for meat have the potential to shape the development of the EU livestock sector.

Within the H2020 project ‘Support for Policy Relevant Modelling of Agriculture’ (SUPREMA) [1], we have simulated the impacts of a decline in consumption of beef and pork across the EU28 of 8.5% in the coming decade [2]. The size of this reduction reflects the consumption trends in the recent past (e.g. increasing number of flexitarians), the ageing of the EU population and some convergence between the EU Member States. At first sight, this decline in demand for meat is translated into lower production since EU farmers have a strong domestic focus and most of their production is served on tables in the EU. The realisation of this trend would have positive environmental impacts such as a reduction in greenhouse gas (GHG) and ammonia emissions. In particular, our study found that the change of the average EU diet towards more sustainable choices will result in emissions reductions in more than half of the European terrain (see the green coloured areas). However, the downside is a negative impact on the income of beef and pork producers which will crowd out a share of EU farmers.

Notes: Substitution effects play a role. The decline in GHG emissions associated to a lower beef and dairy production might be partly compensated by rising emissions from an increase in other activities such as poultry production or different land uses.

Modern (and unsustainable) diets which have a high content of animal protein are not healthy. In order to assess the size of the issue, Springmann et al. (2018) focus on 149 world regions and explore the consequences of taxing certain meat products. An important finding of this study is that increasing red meat prices by 4% and processed meat prices by 25% on average would be effective in preventing around 9% of deaths globally associated with diseases like cancer, heart disease, stroke and Type 2 diabetes. Focusing on 2020, they also estimate that the cost associated with health care due to diseases caused by these diets is around 0.3% of global GDP. Looking at the EU, Buckwell and Nadeu (2018) introduce the concept of Safe Operating Space for EU livestock which is defined ‘as a range of acceptable consumption and production quantities’. This report suggests that in two-thirds of the Member States (which are over-consuming animal products) a lower boundary for their consumption should be around 80% of the current consumption of eggs and 80% to 90% of milk.

Changing our dietary choices is a multi-dimensional element which goes far beyond our personal preferences. In this sense, our decisions as consumers will reach other participants in the food supply chain such as farmers, processors and retailers. Ultimately, when the production system is working constantly towards satisfying consumers, our decisions affect the environment. This matter is of particular importance in the ‘meat case’ since consumers are demanding more than what is ‘acceptable’ from a health perspective. Therefore, they are contributing to an unnecessary burden on the environment.

‘When one door closes, another opens’

Changes in consumer decisions as an aggregate could lead to a new configuration of the market with plenty of new opportunities and challenges. Preference shifts could be motivated by a variety of elements, e.g. the implementation of a tax, normative communication to increase the social acceptance of a lower meat intake, as well as actions at retail level like the placement of meat-free choices in such a way that consumers become aware of the existence of these products. If EU consumers change their preferences, an important challenge for producers will arise since the EU meat market has a strong domestic focus.

Lower meat demand within the EU will result in an excess of supply which might not be competitive (in price terms) at international level. Producers will have to search for alternative outlets that replace the traditional ones that disappear due to these changes. Expectations of a rising meat demand at global level could create room for the most ‘efficient’ EU farmers to compete in international markets. More in general, however, EU producers will need to rethink their business model. Livestock farmers and food processors should not be discouraged and embrace the change if they wish to continue in the business. The key is to offer a product that is suitable for new market niches or standards, e.g. organic, novel food, vegan, free-range, COOL, etc.

Change: not as easy as it seems

However, the complexity of the food system is such that consumer actions might not translate linearly into producer reactions (and vice versa). Consumers and producers are linked by markets, and producers respond to prices. If EU consumers reduce their demand, but meat prices would only change to a limited extent, also a limited adjustment in EU production may be expected. The net response could be that production shows limited declines while a larger part than before is exported to third-country markets. Moreover, a decline in prices due to a reduced meat consumption in the EU may lead to a rebound effect elsewhere, where the lower prices for meat induce additional meat consumption.

Another complexity is that there are costs or benefits for third parties who are not directly involved in the process, i.e. the so-called ‘externalities’. In the ‘meat’ case, examples of externalities are public health issues, environment and climate problems, loss of biodiversity, etc. This issue highlights the market failure with respect to public health issues and environmental problems surrounding meat consumption and production. Who should we call for action? Let us now focus on the role of policy-makers.

Can policy-makers contribute to changing our eating habits? Yes, they could play a role [3]. Policy-makers could make use of an appropriate policy mix that discourage an excessive consumption of meat and promote the intake of other products such as fruits and vegetables. Sources of inspiration when thinking of intervening are the current experiences with sugar, alcoholic drinks or tobacco in which consumers are already confronted with taxes that aim at changing their behaviour and internalising the related social costs, e.g. the costs that are associated with the diseases which are directly caused by an excessive consumption of a certain product. Focusing on the Netherlands, WUR researchers have also simulated the economic consequences of increasing VAT for meat and soft drinks to 21% while reducing VAT for fruits and vegetables to 5%, i.e. the current EU minimum [4]. Once again, the positive environmental and health impacts of more sustainable dietary choices were confirmed.

As consumers, it is important to be fully aware that changing our current dietary choices will help us to reduce the risks of suffering certain diseases in the future. Shifting consumer preferences could be difficult if there is not enough awareness of the alternatives that we have or the consequences of our choices. For producers, it is crucial to understand how the market is changing and to develop a business model that meets the demands of a more sustainable future. 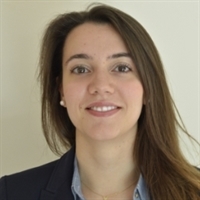 Do you have a question about this blog post? Ask one of our experts: AR (Ana) Gonzalez Martinez
Contact form + Show more (1)

We help you learn more about consumer behaviour and your market

If you would like to know more about the effects of reducing meat consumption, here are a few reports and articles on the topic.