Two recently published studies from Wageningen University & Research compared consumers with various eating patterns. The studies focussed specifically on meat eaters, flexitarians and vegetarians, and on the diversity within these groups. They aimed to determine how, and to what extent, such consumer groups differ in terms of their motivations and socio-demographic characteristics. In the years to come, society is tasked with achieving a new balance in protein consumption, especially by eating less meat. Looking for options to help achieve that new balance is therefore a priority. In doing so, it is advisable to take into account differences in motives, attitudes and behaviour between various groups of consumers.

There is broad agreement in the scientific community about the environmental and health benefits of shifting to a diet with more room for plant-based protein products and less for animal protein. That is why the Ministry of Agriculture, Nature and Food Quality has set a policy objective of shifting the ratio between animal and plant proteins in the Dutch diet to 50/50 by 2030. In practice, for many Dutch people this means shifting to diet with more legumes, nuts and seeds, meat substitutes and whole-grain products, and consuming less meat and dairy.

Generally speaking, our eating habits are not yet aligned with the scientific consensus and the stated policy goal: some people eat a diet with the right proportions, but the majority do not. People with different diets have different motivations to change their eating habits and find a new balance between animal-based and plant-based diets.

Consumer studies on animal and plant-based eating understandably address three main categories: meat eaters, flexitarians and meat avoiders (vegetarians and vegans). Recent studies on these groups have shown that flexitarians are a distinct group between avid meat eaters and strict meat avoiders, and that flexitarians are diverse. Another recent development in research is that vegetarians and vegans are no longer just studied separately, but are compared with omnivores. Such new lines of research have enriched the search for differences in attitudes and intentions towards eating meat and reducing meat consumption. The study of differences in socio-demographic characteristics (age, gender, etc.) between consumers with various diets has also become refined.

In a general sense, science is therefore discovering more about the differences between various groups of eaters and the differences within these groups. It has become clear that many social contexts, motives, knowledge or skills of consumers often stand in the way of attaining a more plant-based eating culture than the current one. However, the large and diverse group of flexitarians shows that cutting down on meat and eating more plants does have potential.

It is therefore obvious that the 50/50 policy should also be targeted at this group. Flexitarians are enthusiastic about reducing the frequency and amount of their meat consumption. One possibility for them to move in a plant-based direction is to encourage them to eat more legumes and nuts. Moreover, flexitarians are important in helping make a new protein balance part of the mainstream.

Avid meat eaters will become more willing to shift to a more balanced protein diet for reasons of health and affordability. Vegetarians, in turn, can also contribute to a more plant-based diet by swapping animal protein alternatives for plant-based ones, for example, by choosing beans or nuts instead of cheese or eggs. They can also set a good example for omnivores by showing them how plant-based eating can be easy, delicious or healthy in everyday practice.

Recent consumer research has shown that making policies around plant-based diets is a societal challenge. Although numerous initiatives in the market and society and various consumer motives can provide support, there are also obstacles in the social environment, where eating meat is still firmly established. Such obstacles include a perceived lack of skills to cook plant-based meals, a lack of knowledge about plant-based recipes and inadequate awareness about the collateral damage of meat production on the environment.

Recent research has also highlighted differences in consumers' motivations and differences in their preferences for various animal and plant protein products. The distinction between various dietary groups is significant mainly on these aspects, rather than being due to differences in socio-demographic characteristics such as age or gender. This outcome suggests that it is not very easy for consumers who have more 'meaty' diets to shift towards more plant-based diets. Meat eaters seem more receptive to taking smaller steps, such making a specific commitment to smaller portions of meat, whereas committed flexitarians or vegetarians are more likely to be persuaded to opt for strictly plant-based protein sources such as mushrooms, cashew nuts, chickpeas or vegetarian burgers.

At the same time, the differences between these dietary groups can provide leads for future policy. Promoting certain motivations will appeal more to some groups than others. Motivations to cut down on meat vary widely between groups, and this can be used in communication. For instance, there appears to be relatively little knowledge about the health benefits of reduced meat consumption, even though health is an important behavioural motive when making choices about eating. Health is therefore a trump card to play in communicating the policy to eat more plant-based foods and less animal-based foods. The social environment also provides opportunities. For example, by using social media (especially influencers) to spread the 'more plant-based, less animal-based' message. Or by showing flexitarians and vegetarians as a good example, thus attracting the attention of meat-eating target groups. 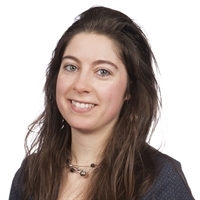