The impact of the Western style of consumption on the climate shows that the current pace and scale of consumption is no longer sustainable. Science and politics must therefore rethink the roles that humanity and other living organisms play on earth. This was the message of Professor Edward Huijbens during his inauguration as Professor of Cultural Geography at Wageningen University & Research (WUR) on Thursday 28 November.

During his inaugural lecture titled ‘Developing Earthly Attachments in the Anthropocene’, Professor Huijbens stated that the post-war exponential growth and distribution of Western consumption and its effects on ecosystems has put the relationship between humans and the planet on edge. As an example, he mentions our economic dependence on fossil fuels, which is inextricably linked to capitalism and environmental changes. ‘I want my work to contribute to the debate on the urgency of the climate problem. We must identify and bear our responsibilities and rethink how we, as humans, can live together on and with the planet.’

In his research, Professor Huijbens focuses on strengthening the interaction between environmental sciences and critical social sciences. His aim is to bring current problems, such as the greenhouse effect and other consequences of human-induced climate change, closer to a solution.

He concentrates specifically on the interaction between humans, nature and the landscape by conducting research into the relationship between tourism and climate change and landscape changes as a result of global warming. Professor Huijbens is searching for a new approach that leads to global, social and individual prosperity, in which society itself has a voice. 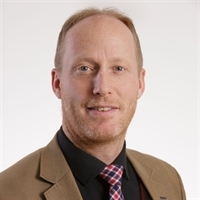 Do you have a question about the relation between consumption and climate change? Ask our expert: prof.dr. EH (Edward) Huijbens
Contact form + Show more (1)

Edward Hákon Huijbens (Akureyri, Iceland, 1976) studied Geography at the University of Iceland in Reykjavik and completed his PhD at Durham University in 2005. Based on his exceptional achievements, he was awarded a British Research Overseas Scholarship (ORS) in Durham, which is an award for young foreign researchers.

In February 2019, Huijbens was appointed professor of Cultural Geography at WUR. He succeeds Professor Claudio Minca, who took up another position in Sydney in 2017. The chair group Cultural Geography is part of the Environmental Sciences Group (ESG).