More than 60 scientists from renowned European and North America institutions gather in Catalonia this month for a joint research into understanding extreme weather events, in particular drought, extreme temperatures and wildfires. Forecasting extreme weather under a mosaic of landscapes is one of the biggest challenges that environmental scientists are facing today. The data gathered during this field campaign, will aid to improve climate and weather model projections.

The study domain, the Ebro Basin in Catalonia, is not randomly chosen explains Oscar Hartogensis, project leader on behalf of the Meteorology and Air Quality (MAQ) at Wageningen University & Research (WUR). "The basin stretches from the Pyrenees to the Iberian System. In its natural state the area is a desert and experiences extreme temperatures, drought and wildfires. Over the last century a very large 60 x 60 km2 irrigated area has been developed within this zone that is used for fruit cultivation. The area is playing a key role in the regional economy.”

In Catalonia, the researchers gather information on how human interventions in the area affect the local weather patterns in a changing climate. Then they research how this feeds back to the evapotranspiration process that defines the water usage. Hartogensis: “Transport of warm and dry air from the dry surroundings into the irrigated zone, provides additional energy to the evaporation process. This is leading to high production yields but at an very high cost in terms of water usage (10-15 mm/day). And that water is a scarce resource. "

“The dramatic contrast between dry and wet land conditions, as can be found in the Ebro Basin, is the essence of our campaign,” explains professor Jordi Vilà, colleague of Hartogensis at MAQ. “The region is exemplary for other irrigation zones, such as California and sub-Sahara. It is a perfect real laboratory to investigate the interaction between land and atmosphere, processes that are crucial for accurate weather and climate models.”

"We want to better understand what role the atmosphere plays in the water cycle," continued Vilà. "How does the atmosphere behave under different conditions and how does this affect water circulation? But also vice versa. The presence of vegetation or bare ground, for example, can produce heat differences and influence this process. The models we now use for weather forecasting only give a rough picture of these small-scale changes in the atmosphere. This is what we want to improve on."

The LIAISE research project already runs for two years, but is now in the midst of an intensive field campaign. Several research teams from meteorological institutions, such as Meteo-France, the British and Catalan Met Office, and space agencies NASA and ESA, are collecting relevant data on the ground and in the air. This ranges from information on leaf stomata aperture and soil moisture, to radiation, heat exchange, water vapor, CO2, and vertical weather profiles up to 10 kilometers in altitude.

Data are collected using in-situ towers, ground based remote sensing, satellite based remote sensing, aircrafts, drones, tethered balloons and radio sondes and other advanced instruments, some of which developed by the WUR meteorology group. WUR plays a key role in this project with more than six PhD students and the commitment of several technical staff members and scientists.

Why should we predict extreme weather?

Recent events such as wildfires in the United States, drought in the Netherlands, and flooding in Europe and mudslides in Japan, show how important it is to predict extreme weather. "Extreme weather is one of the consequences of climate change," says Hartogensis. "With climate zones slowly moving north, we can expect changes on the weather patterns around the world. This information is equally important for the Mediterranean as Northwest Europe. By forecasting where, for how long and how intense weather extremes will occur, we can better prepare cities, agriculture and nature and issue warnings more quickly.”

Dutch research team contributing to LIAISE, coordinated by MAQ with groups from UU, TUD and WUR at their home base “Cal Menut” in Belianes, Spain. 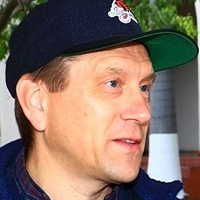 Do you have a question about the field campaign? Ask our experts: dr.ir. OK (Oscar) Hartogensis
Contact form + Show more (1)