It's a bit of an odd one out,' says Eric Arets, referring to the LULUCF sector. Or: Land Use, Land Use Change and Forestry. It is the only sector that can lead to the removal of CO2, by storing carbon in biomass and soil. This is getting more and more attention, as is noticed by Eric Arets and Chantal Hendriks.

‘Policymakers have an increasing number of questions, this sector is really in the spotlights now,' says Arets. Arets is project leader of LULUCF, Hendriks chairs the LULUCF task force that provides climate reporting for the sector for the Dutch Emissions Registration. 'This attention is quite logical, because our sector can help to reduce the surplus of emissions in other sectors. But at the same time there is a lack of clarity,' says Hendriks. 'There are multiple reports which use different protocols, which means that the same situation may te translated into different figures.'

An interactive PDF has now been developed to help policymakers get more insight into how they should read and interpret the various reports. ‘We try not only to provide figures, but also to make the processes transparent,' says Arets. 'Space is limited in the Netherlands, so it's particularly important to look closely at what is happening, and to respond to that by making proper policy.' The PDF clearly explains how the figures are arrived at and which calculations apply.

An example: when you convert an area of land, it takes about 20 years before the carbon stock in the soil has reached a new balance. 'Before that balance, the soil is very dynamic. It is moving towards a new equilibrium,' Hendriks says. The obligations for different reports impose different requirements on how reporting is done. Under UN Climate Convention reporting, a transition period of 20 years applies for carbon stocks in soils to reach a new equilibrium. When converting an area from forest to grassland, emissions and removals are first reported under forest to grassland. Only after those 20 years is it called grassland. ‘But when reporting under the Kyoto protocol, it will always be labelled as deforestation' says Arets. 'In itself that is correct, of course. But when that same area is called grassland in another report, it seems like a mismatch in the figures.'

It sounds simple. By the way you use land, you can ensure that soil absorbs and retains carbon, resulting in a decrease in the amount of CO2 emitted. This, in turn, will be of benefit to other sectors. Most countries have large areas of forest, which ensures that even more than the total of CO2 emissions from land use are absorbed. The LULUCF sector then acts as a kind of sink, into which CO2 disappears. In the Netherlands, however, only around 10% of the land area is forest, and we have high emissions from drained peatlands that cannot be compensated for by sequestration in forest. 'The forest area of the Netherlands is one of the lowest in Europe, we are just above Malta,' says Eric Arets. 'If you plant more forest, you would remove more CO2 from the atmosphere, and other sectors would benefit from that.' In the end you will see a larger forest area reflected in the reports. ‘But this is often very sensitive,' says Eric Arets. If you plant forest, you'll soon have action groups knocking on your door who are not happy that the open landscape disappears. But when you convert forest into heathland, it will be exactly the same. Changing the landscape in which people live can cause a lot of emotions. The moments of change are the moments that generate resistance. For example, look at windmills. Everyone is in favour of renewable energy, but not with a windmill in your own backyard.

As of next year there will be more uniformity in the various reports. The European accounting rules that have been drawn up will apply from then. At European level it has been agreed to harmonize climate accounting under the Paris Agreement, because the current rules still give too much freedom. The EU is stricter, also to set a good example. ‘This also makes it easier to compare figures, which is a big improvement,' explains Eric Arets. In addition to the Dutch interactive PDF, there will also be an English version. Chantal Hendriks is pleased about that. ‘At European level we share a lot of information, member states learn from each other. The way we now convey information via this PDF is a good example of how you can communicate about emission numbers to policymakers who are not involved on a daily basis.'

The international reports provide a picture on national level. Chantal Hendriks notes an increase in the demand for detailed figures. ‘The provinces increasingly request for specific figures. For example, the carbon stock in soil is a national average, but that stock can of course be very different in Flevoland compared to Gelderland or Friesland.' We are now examining whether it is possible to offer that translation in the figures. ‘The tricky thing in our sector is that you cannot simply measure it,' Arets adds. ‘You can take measurements using aircrafts and measuring towers, but then you get the total, which is not broken down for certain sources and sectors. Because that is what we do: we link the activity data to the emission factors that are a result of the various activities. When activities change, you can calculate how that will affect the average amount of carbon in the soil.'

One of the areas where policymakers can make a move is the peatlands in the Netherlands. The groundwater level is kept low, so that cows can graze. But emission-wise, it would be better to raise the groundwater again. ‘The land would then be lost for livestock industry,' explains Chantal Hendriks. ‘The cows would sink into the marshy land. But you could explore other forms of agriculture, while preserving the peat. All sorts of pilot projects are now running for that purpose. We really need to develop a plan of action, to reduce emissions caused by the oxidation of peat.' 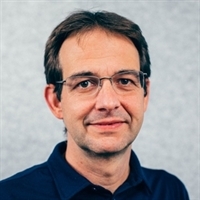 Do you have a question about reducing CO2? Ask one of our experts: dr. EJMM (Eric) Arets
Contact form + Show more (1)