The Sahelian region forms the cultural boundary between the Middle East and North Africa to the North and sub-Saharan Africa to the South. Literally, the Arabic term Sahil means shore or coast, and one can easily imagine the Sahara as a sea of sand seen from both the Maghreb mountain ranges and from the African savannas.

The Sahel region has for long represented a multitude of opportunities and challenges to its inhabitants. More recently the political, economic and social situation in the Sahel Region is deteriorating and affecting the livelihoods of many vulnerable people. A deeper understanding of the processes that can help mitigate the conflicts and food insecurity in the Region is needed. Problems jeopardizing the livelihoods of people in the Sahel Region require a transdisciplinary approach, fundamental as well as applied research, and strengthening of capacities.

Wageningen University & Research has been involved in the Sahel for approximately half a century. The great drought of the early 1970s was a major impetus to study in detail the climate and soils, livestock and crops, natural vegetation as well as socio-economic systems and the role of women. In the late 1980s and early 1990 WUR had several research stations in the Sahel region. The wealth of interdisciplinary data collected then can be put to good use to work on long-term scenarios for the region, with the region.

We do this by further strengthening local capacities to take the lead in developing evidence-based, context specific pathways towards more resilient food systems in an environment affected by climate change an conflict. Moreover, we wish to increase impact through supporting local research organisations breaking down disciplinary and stakeholder silos by working and training together in multi-disciplinary, multi-stakeholder research in development programmes.

The engagement of WUR in the Sahel region is guided by 5 themes: 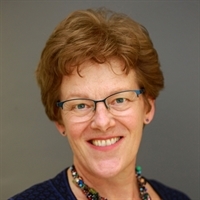 Do you have a question about WUR projects in the Sahel region? Ask: ir. J (Jennie) van der Mheen-Sluijer
Contact form + Show more (1)