“Look, work in progress,” says entomological researcher Karin Winkler. She’s pointing at a little group of blossoming flowers, where a ladybird is feasting on a few aphids. We’re at WUR’s fruit cultivation trial farm in Randwijk, next to a pear orchard, where each row of trees ends with a square metre patch of flowers. They’re small, but these flower islands can play an important role in the ecology of the orchard, according to Winkler. “They have a dual purpose. One is to give shelter to hibernating predators, so that their population can grow again in the spring. And for pollinators they’re like a service station where they can top up on nectar. It’s particularly beneficial for wild bees.”

It’s been a while since Dirk van Apeldoorn found himself in Randwijk. A lecturer/researcher at Wageningen on agricultural systems, he’s recently been focusing his attention on strip cultivation in arable farming. This is where narrow strips measuring as little as three metres across are planted with alternating crops. Flower strips play an important role in this too. He’s keen to find out more from his colleague, and points out a third purpose of flower strips: “It makes the landscape more visually appealing. People appreciate that. It can make it easier for people to tolerate other, more intrusive activity on that piece of land.”

The WUR researchers consider greater biodiversity in the production landscape to be a pre-requisite for a more sustainable agricultural system. They describe it as agroecological agriculture. But what exactly do they mean by that? “For me it means making the smartest possible use of natural processes to sustain your cultivation system,” says Winkler. “That calls for creative solutions such as encouraging natural predators or using pheromone traps. We’re working closely with growers here to develop solutions such as these. They’re the specialists, after all. It’s a tremendous challenge. Because it’s hard enough as it is to grow a healthy crop, and not every solution will suit every grower. There are differences in growers’ mindsets, in their soil type, and the regions they work in. So you need to come up with tailored solutions which also minimise the need for chemical interventions.”

Flower islands can play an important role in the ecology of the orchard. Photo: Ruud Ploeg

Van Apeldoorn expands on this. “We’ve historically been a university where people approached agroecology in a very neat, scientific way: if you’ve got a problem with pest X, you inevitably bring in enemy Y. And plant A works best with plant B. But I feel that there’s a sociological component to it too: the connection between people and their environment and their food. That apple or pear has a history and has value as part of the landscape.” He points to the rain canopy in the orchard, which can open and close and keeps the trees as dry as possible to reduce the opportunity for fungal diseases to take hold. “That’s how an engineer typically solves a problem. Oh, there’s a fungus? Let’s put up a roof. It’s great technology of course, but is that what we want in our landscape? Is it socially acceptable? Or would we be better off focusing on resistant varieties? That’s something we need to ask ourselves too.” As far as he’s concerned, agroecological agriculture doesn’t exclude any particular technology. Not even gene-modifying technologies that introduce resistance. “We can certainly use biotechnology if that’s what we need to complete the puzzle. Technology itself isn’t wrong, but its application often is and it’s in the hands of large companies rather than farmers.”

Both Winkler and Van Apeldoorn note that there is a lot of confusion around the concept of biodiversity, because it plays a role at various levels. “Working towards biodiversity is good, but more biodiversity isn’t automatically better,” says Van Apeldoorn. “You can’t say: just sow 20 varieties and see what comes up. These are expensive crops you’re dealing with. So you need to find out what would make a good fit. You need to ask yourself: how can I optimise the performance of my crop plan or my orchard, to minimise the need for interventions? You also don’t want to sow any species that actually encourage pests and diseases.”

Winkler takes her co-worker a little further into the orchard and points out a simple bee hotel, one of several hanging in various places around the trial orchard. They’re intended for wild bees. “As a fruit grower, biodiversity is helpful for pollination too. You could bring in a beekeeper to have honeybees do the work, but honey bees are real fair-weather insects. There are all sorts of wild bee species too, and as well as their intrinsic value they can offer added value to growers too. That’s because these wild bee species are often active earlier or for longer than honeybees, which means they can provide better pollination. So we support them by providing nesting structures as well as the flowers, which deliver nectar. We don’t support the use of commercially available, farmed ‘wild’ bees. That’s because the practice puts pressure on genetic diversity within the species and can increase the risk of bee diseases being introduced to the orchard from elsewhere. This area had no shortage of bees, for example. Simply providing habitats and food led to an increase in their numbers and diversity,” says Winkler.

Van Apeldoorn’s work on strip cultivation involves similar principles. “One of the things we achieve through strip cultivation is letting natural enemies do their work without being limited by the modest distances they’re able to cover. Smart use of alternate crops helps you achieve a better natural balance. And mixing crops and species also encourages greater biodiversity in the soil, which in turn helps achieve soil resilience.”

Wild bee species are often active earlier or for longer than honeybees, which means they can provide better pollination. Photo: Ruud Ploeg

The natural environment immediately surrounding plots also plays a role in creating a healthy cultivation system. Winkler points out that fruit plots benefit from proximity to willows or to other early blossoming trees and shrubs. “They provide a source of pollen for pollinators and predators early in the year. Willows also provide a good habitat for assassin bugs. We’ve measured demonstrable effects in combating pear suckers. Willows are like the barracks for these armies which move into the orchard in the spring.”

According to the researchers, following agroecological principles leads to the formation of a mosaic of sustainable cultivation systems. These provide a solid foundation for natural balance, but constant fine-tuning will always be necessary. “Agricultural systems just aren’t the same as a natural environment. Agriculture has an objective, nature doesn’t,” says van Apeldoorn. Winkler adds: “Nature is always dynamic. You get different pests and diseases from one year to the next, and sometimes infestations get out of hand. What you could say is: biodiversity works, but it’s not always enough. It makes your cultivation system more robust, but you’ll need to intervene occasionally.”

Agriculture is important for biodiversity

What’s more helpful to biodiversity: nature-inclusive agriculture (sharing) or intensive agriculture (sparing)? It’s not actually such a black and white issue, according to Dirk van Apeldoorn and Karin Winkler. “Of course you need to make efficient use of good agricultural land and raw materials. But in the Netherlands, agriculture is in fact very important to biodiversity. Half of our biodiversity is located in the countryside and is in fact an outcome of the fact that humans have performed agriculture,” says Van Apeldoorn. “That said, there is a lot of pressure on rural biodiversity and it has seen major declines. That trend needs to be reversed. Partly because it will benefit agriculture itself, as a more biodiverse landscape helps to create a more resilient cultivation system.”

The fact that such a system might not deliver the maximum possible yields doesn’t have to be a concern, he argues. “Say the physical yields are 20 per cent lower. How problematic is that, if it’s balanced by natural processes and other outcomes? And if those also contribute to a grower’s bottom line? Because that’s very important. There’s also a link there with the landscape. Because a beautiful ‘edible’ landscape is easier to market close to home than when you’re producing for export.” 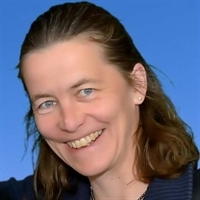 Do you have a question about agroecology? Ask our experts: K (Karin) Winkler PhD
Contact form + Show more (1)