Wageningen University & Research is helping to develop solutions to world food problems. Production efficiencies in South Korea can increase production volume while reducing environmental impact and labour. South Korean pig farmers and advisors came to the Netherlands for a one-week intensive course on how to apply Dutch innovations. WUR pig production economist Robert Hoste is closely involved with this type of ‘knowledge export’. 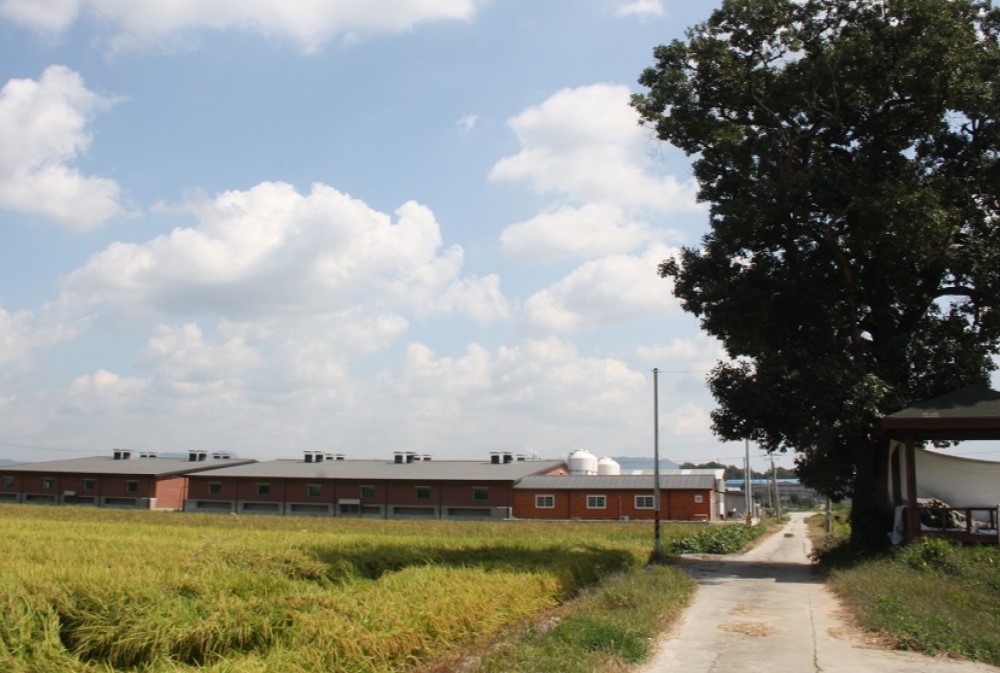 To investigate the best way to impart knowledge to Korean pig farmers, a demo-business was set up in South Korea using Dutch stall arrangement and management, based on western farming principles. The WUR also organises courses in the Netherlands for South Korean pig farmers and advisors. The farmers who attend the courses here also attend ‘study clubs’ in South Korea, for which software is also created to aid information exchange on the technical and economic aspects of running a farm. Peer-based information exchange among pig farmers has proven to be particularly effective, and is a staple for achieving high performance levels in north-western Europe. This aspect still requires much attention and support in South Korea, however.

Koreans are not accustomed to questioning their own performance and asking for feedback. This attitude seems closely related to the influence of Confucius in south-east Asia, who taught people to follow and imitate their masters rather than to experiment and take responsibility for themselves. A very different management style, one might say. Consulting services in South Korea are therefore geared less towards aiding businesspeople in their own journey, and more at explaining manuals and regulations. Hoste explains: ‘You have a master who shows you what to do, and if you just imitate that, everything will be okay.’ Western technologies are often adopted in this fashion.

Hoste continues: ‘It is obviously so ingrained in their nature that it has become part of their culture. We see it in China, but in South Korea too, despite the fact that it is a Christian country. It is also noticeable among the farmers who come here to do courses, and at the institutes that WUR works with in South Korea. The style revolves around obedience and hierarchy. The authority of superiors, elders, and those of higher rank is very clearly expressed in South Korea. Compare that to the Netherlands, where we are on a first-name basis with our CEOs! In South Korea, that would be unthinkable. Food is another example: the oldest person at the table always starts eating first. There is a great deal of respect for the elderly and those of senior rank.'

The Netherlands is regarded as a ‘master’ because its production levels significantly exceed those of South Korea. This is both fascinating and troublesome. The Korean attitude is something like: ‘So that machine reduces odour, improves well-being and solves the problem of manure? Great, tell us where we can order one, problem solved.’ Hoste’s response is that the first step is awareness – the hardware is secondary. But this message hardly ever hits home: ‘We still have trouble getting across that awareness must come before gadgets.’

The South Korean government is investing strongly in ‘smart farming’: intelligent systems that use data (including big data) to help simplify processes. This is all well and good, but is not enough to reach Dutch production levels. The missing elements are individual experimentation, and a knowledge of which factors affect business operations. This is where the Dutch often differ from the Koreans. Rather than judgements, Hoste is more interested in making observations and showing an enterprising, inquisitive, innovative attitude: a rare outlook among Korean farmers and consultants. The challenge faced by WUR is to find creative ways to get Koreans to think along the same lines, and strive for a more efficient – and sustainable – strategy. Is this even possible when faced with a philosophy that is thousands of years old?

WUR’s knowledge and experience says that doing things in a certain way will give better results. Although Hoste speaks no Korean himself, issuing the standard greeting anyong-haseyo gets some early results in the form of a smile from the South Koreans he meets. Another important Korean word is the word for pork belly, samgyeopsal. This meat is sometimes even imported from the Netherlands, and is a popular dish served with plenty of seasoned and fermented vegetables. People always appreciate a clear effort to get to know their culture.

The Netherlands as a supply market

There are major differences between pig production in the Netherlands and South Korea. The Netherlands is a supply market: the volume of available meat exceeds the demand, which means the aim is to be the cheapest. Businesses must also deal with environmental legislation, welfare criteria, local government regulations in a densely populated country, as well as EU requirements. The high market pressures forcing Dutch pig farmers to work efficiently act as a strong driver for innovative thought and a solution-oriented approach. Ideas are revolving more and more around market concepts, based on a desire to create added value and stand out in the marketplace. The market is not a guiding force: rather, we ‘create the market’. Consider Beter Leven and Livar, for example: farmers that try these approaches escape the clutches of a mindset revolving entirely around supply and cost price.

South Korean businesses are also subject to environmental and other criteria, but to a lesser extent. The critical factor is that it is an import country: production does not meet demand, pushing up the market price. They import meat from the Netherlands, other European countries and the US, to supplement their own production. Profitability is so high that it matters little to the farmers how hard or efficiently they work. Even mediocre businesses earn good money in South Korea, so why go to all the extra effort? Hoste once met a farmer who earned three million Won in 2016, or the equivalent of two million Euros in one year. The exact details and comparison with the Dutch figures is another story, but suffice it to say there is big money in pig farming. The farmer did not give many details when Hoste asked him for the technical production results, but what he did reveal was hardly impressive.

The intensive five-day course is given in English, with support from a Korean vet as interpreter. One initial outcome reveals that the participants are motivated to start thinking differently. The predominant approach in the Netherlands is ‘integral management’: multiple experts analyse a business from a wide range of perspectives and facets, producing an overall strategy. In South Korea they hire a feed advisor and a health advisor, who sometimes make conflicting recommendations. The integrated approach and an attempt to create some kind of ‘awareness’ is still too ambitious at this stage, however it is the direction the WUR wishes to take. The farmers who attended the course also attend ‘study clubs’. 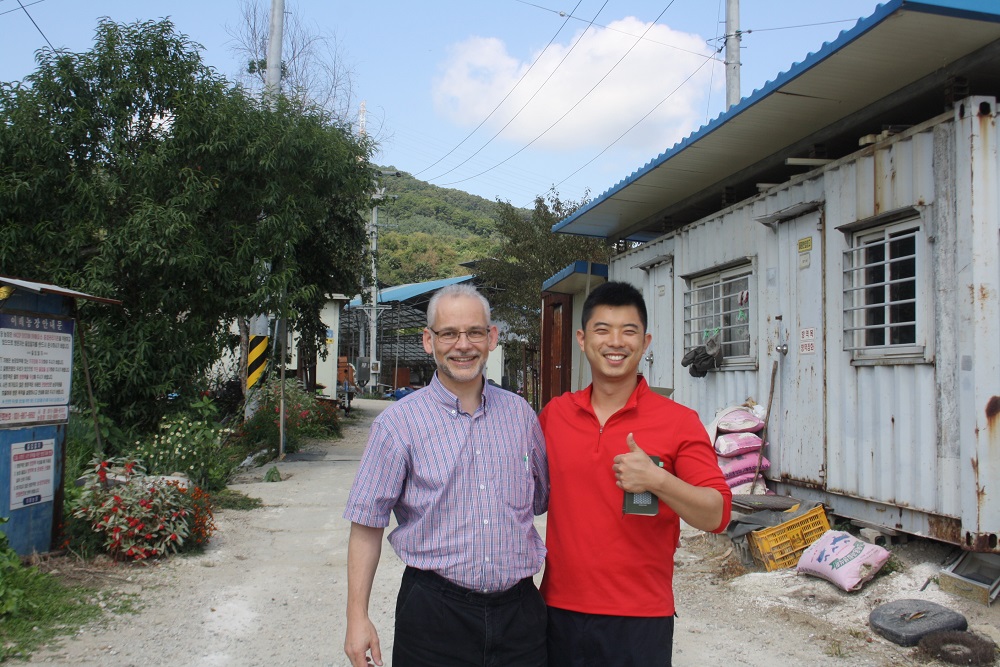 Study clubs are an idea that originated in north-western Europe: The Netherlands, Germany, Denmark, Belgium and parts of France. They also exist in the US (but not in Spain, for example). A study club is a group of farmers who come together to tackle a particular problem, such as a disease or environmental issue. They put their figures on the table and say, ‘Look, this is how I do it!’ Clubs can have ten or twenty members, and it is the host who presents their figures (if they dare). They learn a lot from the feedback. Some farmers even share their financial figures, such as market prices or other economic data.

When Hoste visited South Korea in 2017, he gave several presentations on his analysis of the country’s pig sector. South Korea has no fewer than one hundred universities providing agricultural education to a population three times the size of the Netherlands. This means there is never any ‘critical mass’ or cohesion in research and education – the sector is very fragmented. Although the attendees admitted he was right, they also said that this was just how things developed historically. Fundamental changes (e.g. to the structure of education) are not easy, due to the range of competing interests. The South Koreans envy the unique position of Wageningen UR: a single university and research institution of world renown.

WUR promotes collaboration among multiple disciplines. Wageningen Economic Research acts as initiator and project leader; Wageningen Livestock Research is mainly involved in training farmers and consultants, while the Education and Competence Studies Group aids research on the academic demand for effectiveness in the various knowledge arrangements. The project also involves collaboration with several Dutch businesses and two Korean organisations. Former South Korean Vice Minister of Agriculture, Food and Rural Affairs Dr Seung-Kyu Min spent a year on sabbatical in the Netherlands in 2016/2017. He told Hoste that South Korea is in need of a master plan for reforming the agriculture sector. WUR has been asked to put forward ideas and suggestions. This is one way in which WUR can help solve world food problems, by demonstrating to others how efficiency and sustainability improvements have already been made in the Netherlands.

Hoste’s activities in South Korea not only fall under ‘knowledge export’ at WUR, but are also motivated in part by a personal desire to help others. He has already done so for the Dutch pig-farming sector, and now wishes to do the same for pig farmers in South Korea.