If you’re driving past the trial plots at WUR Field Crops in Lelystad, it’s impossible to miss the sites of the Farm of the Future. The narrow strips of alternating crops resemble a barcode. This is where the benefits of crop diversity are being tested, along with the use of smart forms of crop protection, and lightweight machinery that minimises disturbance to the soil and therefore to crop development. It’s all designed to add up to a healthier cultivation system. You’ll often find Marleen Riemens and Marcel van der Voort here, each bringing their own area of expertise. Riemens is the team leader for crop health, and Van der Voort leads the intriguing Smaragd project, which includes putting robots to work. “It’s about the practical application of innovation, working with growers and businesses to consider new ways of growing,” explains Van der Voort. “We’re combining the advantages of undisturbed soil and strip cultivation while also researching how autonomous vehicles can take over some of the grower’s tasks.”

According to the two researchers, these kinds of experiments are urgently needed as part of efforts to design new cultivation systems. “Agriculture needs to become less dependent on chemical crop protection agents,” says Riemens. “That’s not a new objective, but it’s becoming more urgent now, with growing social pressure to raise agricultural standards. The role of a healthy cultivation system, with fewer opportunities for pests and diseases, is becoming more important. We’re trying to strengthen these ‘natural buffers’. New technologies and expertise are providing us with lots of opportunities to do that.”

How do you create a resilient cultivation system? According to the researchers, there’s no off-the-shelf solution for that. One of the pillars of a robust cultivation system is the use of improved varieties with greater resistance to pests and diseases. Plant breeders are working hard on that. “To the extent that they can,” says Riemens. “Because you certainly can’t solve everything through plant breeding, not even using modern biotechnology.”

The smart use of crop and genetic diversity achieved through widening crop rotations in space and time can also help reduce pests and diseases. “Meta-analyses have shown us that greater diversity in crops and varieties has a positive impact on crop health,” says Riemens. “That impact is actually stronger in organic agriculture, with lower production levels, than in conventional agriculture. But there are possibilities. Right now it’s about coming up with smart combinations and making sure you know what you’re doing.”

Meta-analyses have shown us that greater diversity in crops and varieties has a positive impact on crop health. Foto: Ruud Ploeg

Another key pillar is a healthy soil. “Reducing physical pressure on the soil is something we can put into practice right now,” says Van der Voort. “In terms of biology, there are still lots of questions. How do you maintain healthy soil life, for example? Greater diversity is helpful there too.” Riemens nods in agreement. “The positive impact of increased plant diversity on below ground diversity is observed. If you build on those, you can make real progress in pesstand disease management. It does require tailored approaches and detailed information on interactions between soil micro- and macro organisms and management tools, because you have to consider how you’ll encourage the organisms you want, while limiting opportunities for damaging ones to take hold.”

A smart design of the surrounding landscape can support aboveground pest and disease management. “Here in the polder there are few natural features woven through the landscape. You can create them by introducing flower strips, to encourage more bees and useful insects such as natural enemies into the plot. These in turn can strengthen your natural buffering, reducing the need for urgent interventions. In other parts of the Netherlands you might be able to make more use of the natural environment. That’s why we’re not limiting the research to Lelystad, but are also working in Valthermond and Vredepeel.”

According to Riemens, a cultivation system organised in such a way that no intervention is ever necessary is a utopian dream. “Crop protection is necessary and will remain so. Sooner or later, a cultivation system will always lose its balance. The question is: how do you organise the system to maximise its ability to right itself? And if things really seem to be getting out of hand, how and when do you intervene? That’s something we need to consider, because right now we don’t have a good, automatic way of monitoring the development of insect pests and fungal diseases. When you’ve got fewer tools at your disposal for correcting them, that monitoring is even more important. You have to know what’s going on in order to be able to intervene in a targeted, localised way to stop infestations at an early stage. We need to really focus on the development of new apps and decision-making tools, because right now they’re still lagging behind.”

According to Riemens and Van der Voort, such monitoring can often be automated. “The aerial images taken by drones are so detailed now that you may identify the first signs of damage by viruses or some fungal diseases. There’s software that can automatically look for it. This technology can be helpful to growers in monitoring their crops. Insects and most fungal infections are less easy to spot. Fundamental questions on what parameters to measure need to be answered before sensors can be implemented.”

In Lelystad, software is already being used to identify plants affected by viruses. Weeding robots are also under development, with the ability to distinguish weeds from crops and tackle them on the spot. The first prototype, which fully automatically tackles volunteer potato plants (leftover tubers from previous crops) in sugar beet fields, is already in operation. “It’s all technically possible already, but the software that searches for the plants still needs to be better at distinguishing between beet leaves and potato leaves,” says Van der Voort. “Sometimes it works very well, with scores of almost 100 per cent. But last year, when a lot of beet leaves were eaten by insects, the system failed too often. So we just need to gather more good examples to make the database more robust.”

Do all those new technologies make farming more expensive too? This is one of the research questions Van der Voort is working on. “I don’t think that new cultivation systems have to become more expensive,” he explains. “Robots save on labour costs and can help prevent crop losses. Automation could even become a pre-requisite of improving environmental sustainability. We expect profit margins to stabilise. Controlled traffic farming, for example, aims to maintain yield potential with plants that are better equipped against pests, diseases and climate extremes. When cultivation systems become less vulnerable, they also become more economically stable.”

He does expect cultivation systems to become more complex, though. “There will be more buttons to press. We’ll be combining measures that also have effects on each other. We want to get a better understanding of that over the next few years.”

It’s up to individual growers to decide how future cultivation systems will look like. Photo: Ruud Ploeg

The researchers insist that the Farm of the Future isn’t working towards developing a single, ultimate cultivation system. It’s an incubator and its purpose is to provide sustainable solutions that growers can actually put into practice. “It’s up to individual growers to decide how future cultivation systems will look like,” says Van der Voort. “Growers can’t just reinvent their entire cultivation system on a whim, not least because many of them rely heavily on high-margin crops.”

Riemens also predicts a diverse future. “I expect to see a mix of cultivation systems emerging, partly led by what can be achieved with fewer chemical inputs. Some crops are more likely to be grown indoors in the future, while others will remain outside and become more nature-inclusive. That can happen in different ways. Whatever happens, growers will have to do everything they can to keep their crops healthy. A significant research effort is made on precision agriculture, no-till farming, functional agro-biodiversity, biological crop protection agents and strip cultivation. All of these types of developments will start to c

Keeping on top of pests

To find out how growers can already start improving their environmental sustainability, Marleen Riemens and her team have been commissioned by the Ministry of Agriculture, Nature and Food Safety to research alternative crop protection strategies minimising the dependency on chemical inputs. This allowed a diverse group of specialist researchers to pull out all the stops and put their ideas into practice in the trial plot in Lelystad. At times this resulted in some conflicting ideas. “A variety with strong resistance to one disease might be sensitive to another one, for example. The strategies also need to remain feasible and affordable. ”For some disease, pest or weed-crop combinations the tools we have are not enough to prevent a pest, disease or weed to cause crop damage. Fundamental knowledge on population dynamics, interaction between fertilization and disease incidence or interaction between tools can help further development. Nevertheless, the trials have shown that there’s still plenty of low-hanging fruit to be picked. “One example is more frequent use of already available decision-support systems (DSS) in timing spray applications,” says Riemens. “ In general, you might say that growers could still keep a closer eye on the development of pests and diseases as they occur. Future development of DSS based on our findings may aid the farmer with implementation.” 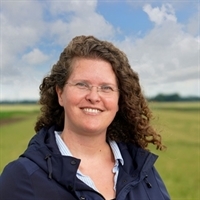 Do you have a question about crop protection? Ask our experts: dr.ir. MM (Marleen) Riemens PhD
Contact form + Show more (1)