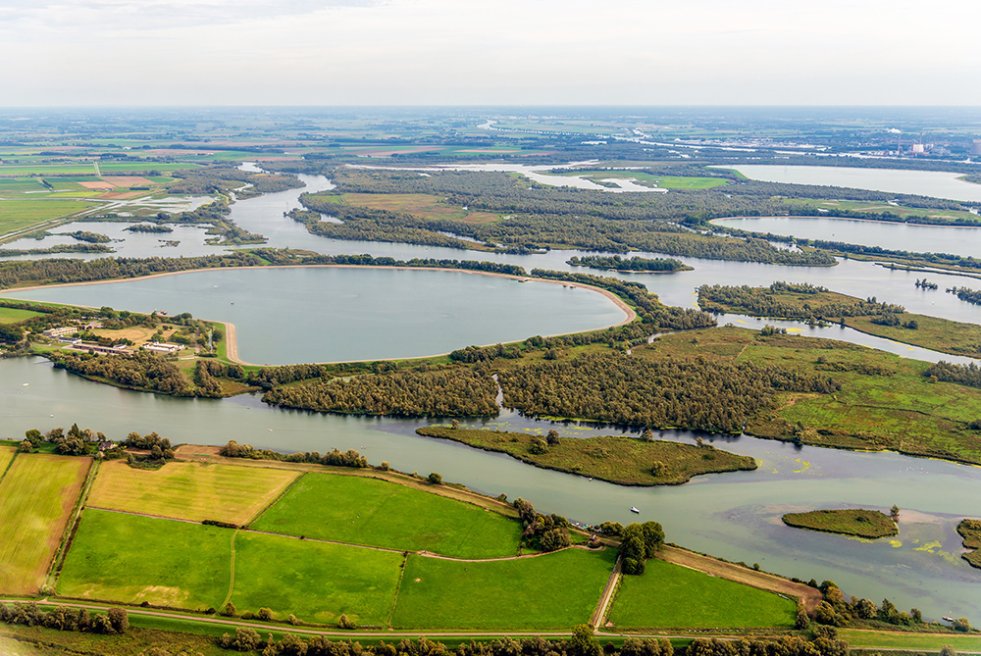 The Netherlands is increasingly facing lengthy periods of drought due to climate change. This is leading to water shortages and salinization. Researchers at Wageningen University & Research (WUR) explain how the Netherlands’ water system can be reconfigured to cope with dry periods.

The effects of the exceptionally dry summer of 2018 were felt long after it ended. The rain that fell after the drought was nowhere near enough to bring the groundwater up to the required levels in spring 2019. There is normally an excess of water in the spring because of the swollen rivers bringing in more water, but now there was a failure to build up the buffers that are needed to get through the summer, particularly in the more elevated sandy land in the eastern and southern Netherlands.

Groundwater levels were up to normal in the lower-lying western Netherlands but these areas also face problems with the water supply, says Huub Rijnaarts, professor of the Environment and Water Technology at WUR. “Municipalities in the west are having to contend with salinization. Groundwater is being pumped out to keep the land dry, which means the salt groundwater is facing less counter-pressure from the fresh water. The rising salt groundwater salinizes the soil.” 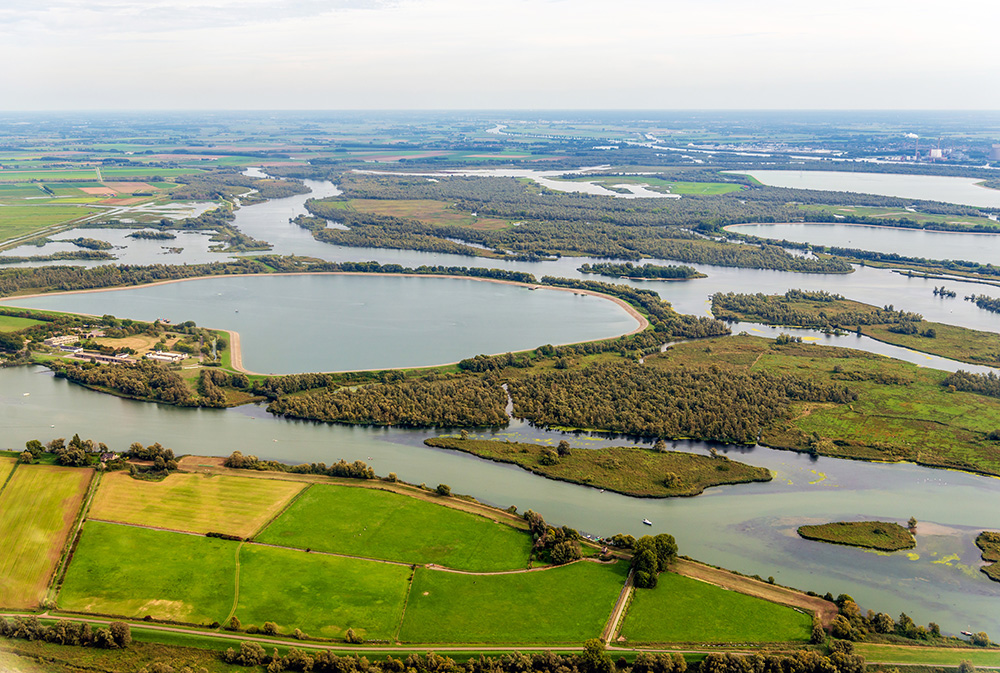 The artificial freshwater lakes in the Biesbosch National Park are connected directly to the sea.

“The combination of further subsidence, due for example to peat erosion and more polders being created, plus rising sea levels will cause the sea to exert more pressure on the groundwater. This in turn will speed up the process in coastal areas.”

Rijnaarts says we are increasingly feeling the consequences of climate change on our water management system. He explains: “Agriculture, industry and households are completely dependent on sufficient fresh water supplies. Our water system is based on that. But the supply is a growing problem in more elevated areas while salinization is causing more and more issues in lower-lying areas.”

“Amsterdam, for example, depends on intakes of fresh water from the Amsterdam-Rhine Canal for its water supply but that water is becoming more salty. Pipes take the water to the dunes between Zandvoort and Noordwijk, where the water is purified naturally. But last summer the Waternet water board struggled with severe problems due to salinization because the water purification technology they use at present is geared entirely to fresh water, not salt water.” 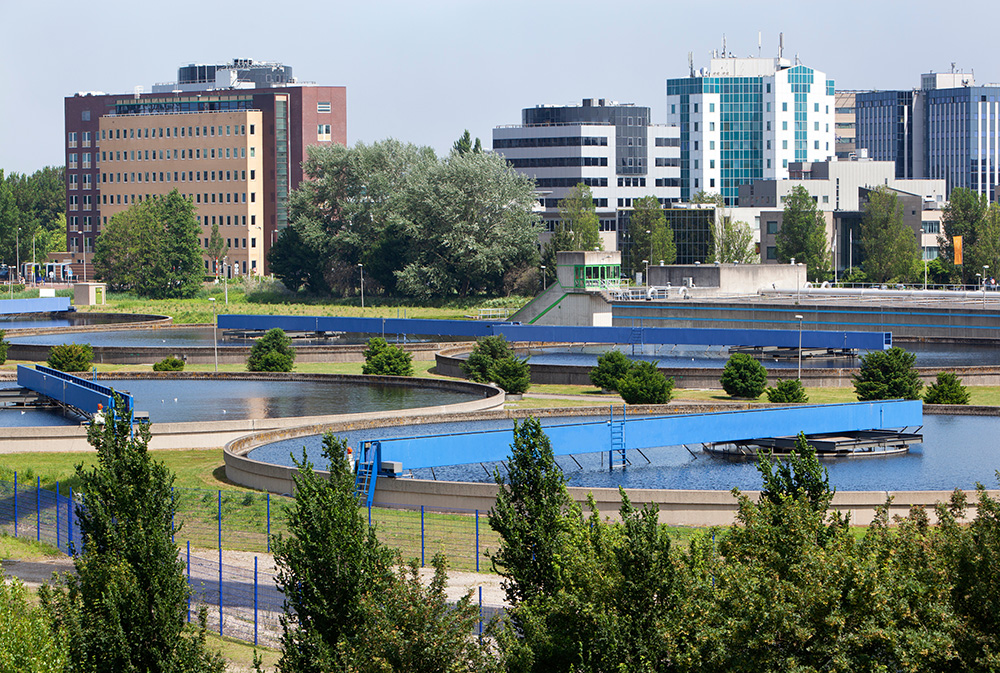 More and more businesses are aware of the problems heading their way and want to switch to a self-sufficient system. In the province of Zeeland, 24 parties — end users, technology companies and science institutes — are working on local, circular-economy solutions in the Water Nexus project. Rijnaarts: “Much of Zeeland province depends on fresh water that is taken from the Biesbosch area. In dry periods, the available freshwater supplies may not be enough for the needs of the cities, farms and industry. In this pilot project, we are creating ‘wetlands’ for large-scale storage of water that comes from industry, agriculture and cities. When this wastewater arrives in the wetlands, it is first purified using natural methods with plants and microorganisms.”

“Biology is not the solution for some materials, though, such as heavy metals from industry or pesticides from farming. Medicine residues, too, cannot be removed from the water entirely using natural processes. To extract them, we deploy modern electrochemical techniques and membrane technology.”

Scaling up solutions for practical applications

Wilfred Appelman is a researcher at Wageningen Food & Biobased Research (WFBR), part of WUR. He comes in when problems in the water system cannot be resolved by nature alone. That is the case in Water Nexus too, says Appelman. “Huub Rijnaarts and his PhD students are studying the options for using salt water in industry and how to store the fresh water better. The fundamental knowledge that this produces will be used at WFBR to develop new solutions for practical application. To give an example, we are working on developing better electrochemical membrane processes to extract the salt from the coolant water of the chemical company Dow so that the water can be reused.” 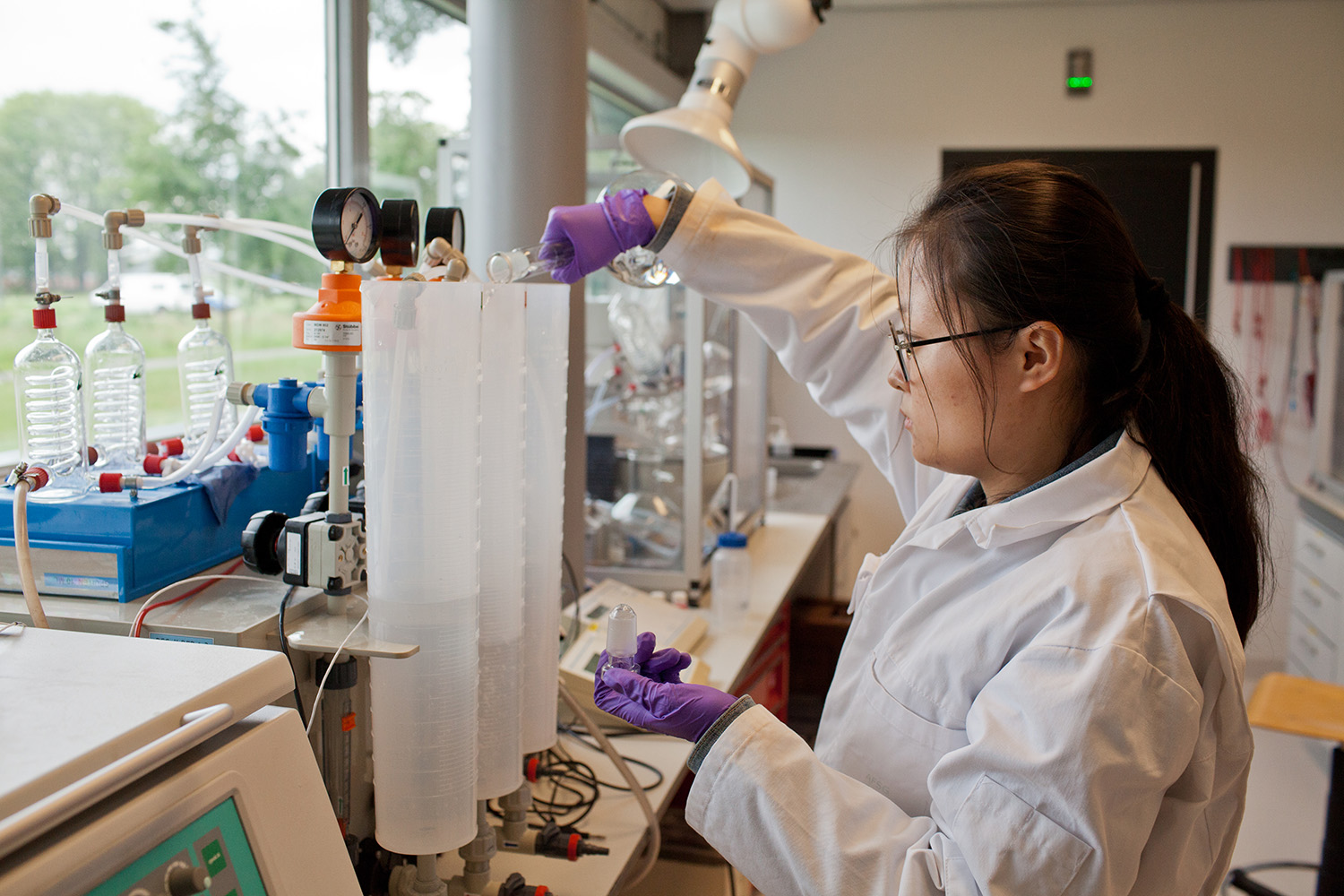 Researcher using electrodialysis in the lab for the selective separation of sodium and potassium. Photo: Michael Rhebergen.

The techniques are not new in themselves but their application is more efficient now thanks to the development of new materials and improved equipment, says Appelman. One example is electrodialysis, an electrochemical process in which a dissolved product can be extracted from a solution using an electric field and semi-permeable membrane. This membrane process has been in use for some time and is very good at filtering salt out of water. “We are currently scaling this technique up for a variety of practical applications. One example is agriculture, which is struggling with the salt that is accumulating in the water. We are collaborating with companies on ways of removing sodium and chloride ions from the water. Local water purification technology like this will let you carry on using the water for much longer.”

The Dutch branch of the chemical multinational Dow already uses seven billion litres of household wastewater from the nearby port town of Terneuzen. It now plans to use such a circular approach for all its water supplies through the Water Nexus project. Rijnaarts: “You are then talking about 25 billion litres. And that’s just one industrial company. Remember there are companies such as Cosun, Cargill and Shell in the region that also depend on supplies of fresh water. And salinization is a growing problem in Zeeland too.”

The professor says the challenge for the river delta in the Netherlands is to organize large-scale conversion of brackish water into water suitable for reuse. Until recently, the biological water purification techniques deployed in the Dutch water system were not suited for this. Rijnaarts: “The current techniques use freshwater bacteria in the sludge that stick together with the help of polymers and form granules. The granules have to stay intact if they are to perform their purification task. That works fine in freshwater conditions but when they switched to saltwater conditions, the bacteria granules fell apart and no longer worked.”

But the solution turned out to be simple, says Rijnaarts. “We looked for bacteria that were still able to function under salty conditions. We found out then that after a while, they formed granules under those conditions too. What is more, the granules held up well under a switch from saltwater to freshwater conditions and retained their purifying effect.”

Salt if possible, fresh if necessary

“In principle, we can make sure that water can be repeatedly recycled in any application using biological methods plus electrochemical and membrane technologies,” adds Appelman. “We can create new, closed-cycle water systems by using all the techniques in combination. With electricity generated from the heat from used water too, for instance.” 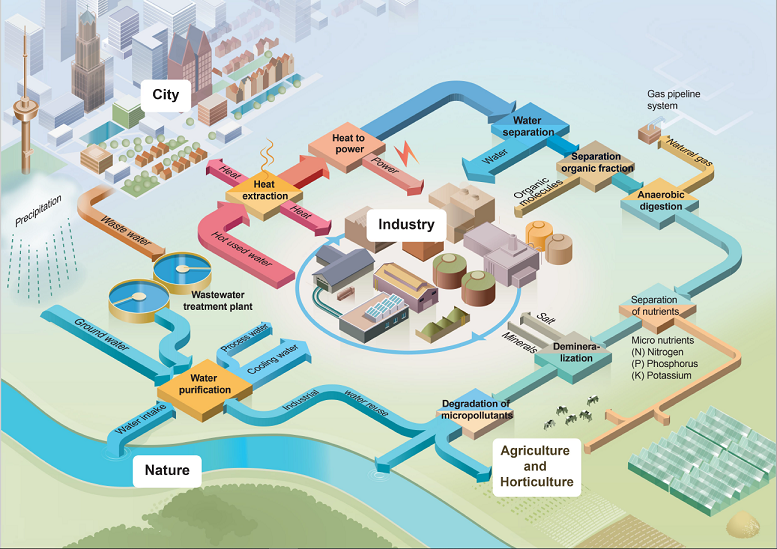 Appelman stresses that it is not always necessary to impose drinking-water quality as the norm. He gives the example of flushing the toilet. “It is fine to use brackish or salt water for that. There are many industrial applications too where you do not necessarily need to use fresh water, and it is expensive too. So you could choose the most appropriate solution in the water system depending on the application. With the general rule of salt if possible, fresh if necessary.”

This prepares the way for a circular water system in which wastewater from cities, farmland and industry is purified and then stored in local reservoirs for reuse. What is more, excess water from rivers and rainfall is captured rather than flowing into the sea. It then serves as a kind of sponge that can provide the surrounding area with water during dry periods. And basins with brackish water can also become part of the circular water system thanks to the new saltwater technology that has been developed in Wageningen. Rijnaarts: “Water quality in the Netherlands is excellent and it can stay that way.”

Rijnaarts is due to travel soon to delta regions in Southeast Asia where the problems are three to five times worse than in the Netherlands. “The cities there often have very limited water purification facilities while rice farmers are wrestling with growing salinization. If we can make water from the city suitable for reuse in rice farming, we can equip cities and villages with ways of coping better with climate change. We will be using the same technology for that as here.”

Read more about our research