In their work, Jan-Eelco Jansma and Marcel Vijn connect the city and the countryside. Citizens are keen to establish connections with the farmer, and the farmer with citizens. These new connections concern other needs besides food. According to the researchers, this connection is leading to exciting innovations.

The new district of Oosterwold, located between Almere and Zeewolde, is a prime example of how to develop new connections between city and countryside. Here, Marcel Vijn and Jan-Eelco Jansma have an excellent opportunity to illustrate the potential of urban development combined with agricultural activities. According to Jansma, urban development is having a real impact here: city and agriculture are becoming interconnected on a large scale. The researchers are monitoring the effects of this urban development on both the city and the people who live there. “Urban farming has become a part of this new district.” Other municipalities are watching curiously, as new dynamics based on entrepreneurial citizenship are emerging.

According to Vijn, citizens’ need to set up initiatives with farmers stems from consumers’ interest in food. “So consumers are starting to learn more about the producer, the farmer. They are discovering what kind of impact their demands have on production and on the price of agricultural products. If you want the calves to stay with the cows, how does that affect food production?”

Jansma says that this mutual interest is leading to a greater level of understanding between farmer and consumer and between farmer and local government. “Here in Oosterwold, residents have to use half of their land for agricultural activities. This has a huge impact on the development of the district. Urban planners don’t know what agriculture needs. That was the first obstacle we came up against.” 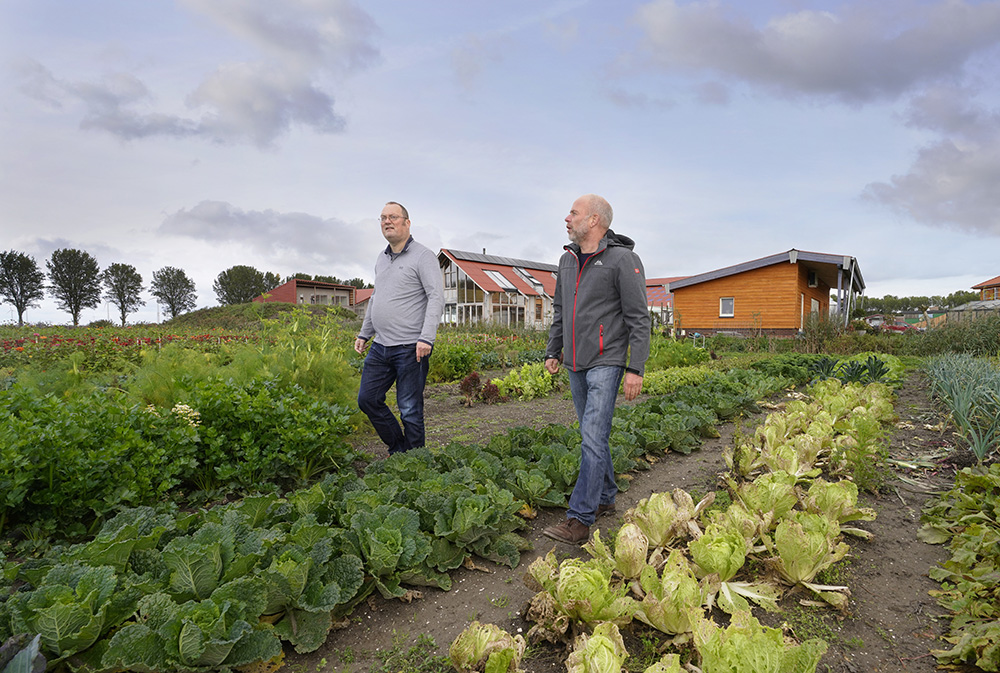 "There is more and more colour and there are more connections between food and society. The term ‘farmer’ is becoming much more diverse. All of those farmers, along the entire spectrum, nourish the country both physically and mentally." Photo: Ruud Ploeg

A playful approach to development

Vijn and Jansma, together with the Netherlands Organisation for Applied Scientific Research, have developed an Urban Farming Game. It is based on various role-play scenarios. “We wanted to create more mutual understanding,” says Vijn. “Suppose you want a neighbourhood garden, what could you do to assist the government?” Residents could help the government with maintenance activities, says Vijn. Sometimes it is also possible to combine multiple functions when creating a city farm or neighbourhood garden.

The researchers consider food production to be an effective way of tackling social problems; Vijn sees urban farming as a model for helping poor neighbourhoods become healthier. “If you incorporate healthcare and childcare in that area, you can get more out of it than just the harvest from the land.” Jansma stresses the benefits of exercise and being outdoors for the local residents. “This puts agriculture right at the heart of society again.”

Jansma and Vijn have evolved into ‘action researchers’. In their work, the Lelystad-based researchers make extensive use of the knowledge generated by all the WUR locations. “We know how both worlds operate, the practical field and academia,” says Jansma, who is using the project in Almere as part of his PhD research. Vijn: “We work on real-life issues that people come up against in practice. It goes beyond simply reconciling supply and demand. After all, production has to take place in accordance with the regulations for food production.”

A model that works without subsidies is sustainable in the long term. “That’s why participants also have to think about other financing structures to make it financially sustainable. That could be crowdfunding, for example, or buying land together and hiring a farmer to cultivate it,” says Vijn, explaining this aspect of farming with citizens. Jansma: “Here in Oosterwold, for example, some residents allow an entrepreneur to grow on their land. Young fruit trees, for example. After four years, they leave some trees where they are to create an orchard. The entrepreneur can hardly keep up with demand.”

Demand for urban farming projects is increasing rapidly. Both researchers are therefore very happy with the experiences in Oosterwold. What started out life as ‘Agromere’, a virtual urban-rural district, has become an inspiration for many urban areas both in the Netherlands and beyond. Consequently, their work has taken on an international dimension. Jansma is using lessons learned from his research in Oosterwold and elsewhere in the Netherlands to put the issue of urban farming on the agenda in Brussels through a new European project, and Vijn is working on opportunities for agricultural newcomers in the Newbie project.

Newcomers to agriculture in particular are keen to forge closer connections with the city. Jansma: “Traditionally, farms used to be quite homogeneous. Nowadays, there is more and more colour and there are more connections between food and society. The term ‘farmer’ is becoming much more diverse. All of those farmers, along the entire spectrum, nourish the country both physically and mentally.” 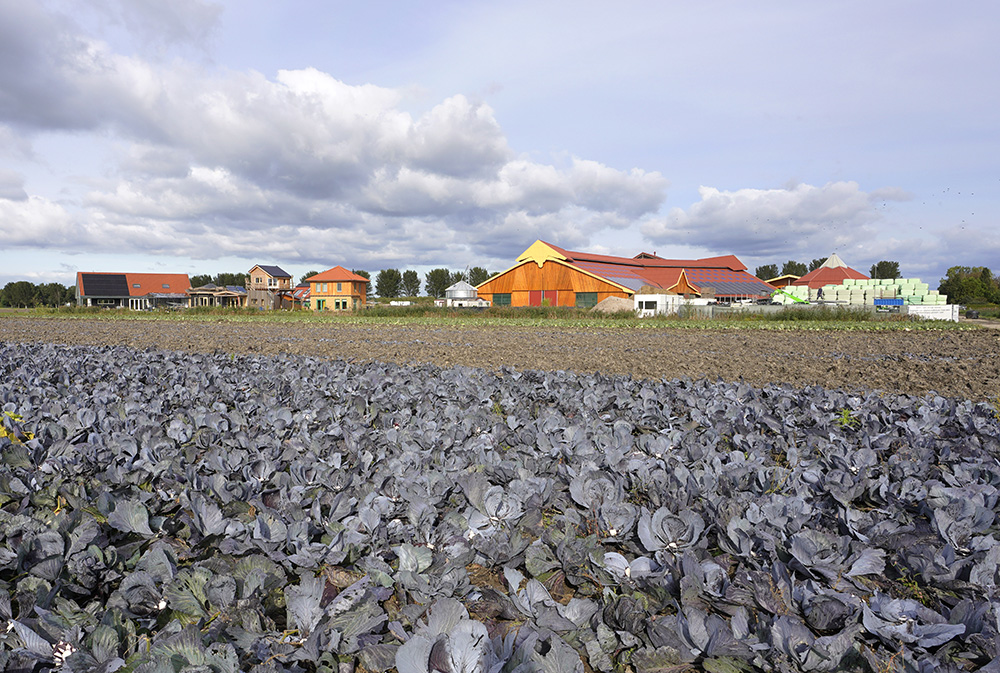 "The city farmers in Almere made good use of the land that temporarily became available in and around the city. They were able to build up their business by establishing a close relationship with the city. Those farmers are tremendously innovative." Photo: Ruud Ploeg

For Vijn, city farmers Tom Saat and Tineke van den Berg are a prime example of the potential of a new form of agriculture. Jansma: “They deliberately chose a location near the city, with the vision of establishing connections with it.” Almere’s city farmers did not come from a farming background. So they did what Vijn has seen happen often: “If it’s not possible to take over a regular farm, with all the high financial costs, then many of these newcomers start with new concepts. The city farmers in Almere made good use of the land that temporarily became available in and around the city. They were able to build up their business by establishing a close relationship with the city. Those farmers are tremendously innovative.”

Vijn notes that farmers in the short chain manage to deliver good quality for a reasonable price. “That inspires trust,” says Vijn. Trust is the key to a lasting relationship between consumer and producer. Jansma is particularly struck by the fact that this concept is flourishing in the city of Almere. “We’re talking about the sixth or seventh largest city in the Netherlands. And yet two-thirds of Almere’s residents said in a survey that they produce some things themselves – whether that’s in their back garden or on their balcony or gathering berries, flowers, herbs, etc. in the wild. Almere is a truly edible city. The by-products are improved health, well-being and climate in the city.”

A city can be designed based on two extremes: diffuse or compact. Jansma: “Diffuse refers to creating a ‘big garden’ and compact is about gaining space by keeping the city small and locating agriculture outside it. In the latter case, citizens sacrifice their well-being and urban climate.” Vijn: “So, what you want is something in between: a city that is compact enough that facilities are nearby, and spacious enough that farming increases the quality of life.”

Other cities are following in Almere’s footsteps. Jansma mentions the developments on the outskirts of Groningen. “Ideally, agriculture should flourish where cities emerge. For me, that’s at the heart of our work.” Agriculture at the edge of the city focuses on the needs of the city. Vijn: “There’s little sense in producing there for the international market.”

Vision for the future

Jansma and Vijn see plenty of opportunities for connections between city and countryside in many other places. “We can reach many more districts in the cities. I see plenty of opportunities,” says Vijn. Jansma: “A good example of this is a former rose grower on the outskirts of Almere. He converted his business into indoor allotments. He started with one and a half hectares and, because it was so successful, he was able to expand by another hectare. He now rents out more than 400 gardens and more are being added. The gardeners come from a variety of backgrounds. All kinds of vegetables are grown there.”

The researchers also have a role to play here, as facilitators and bridge-builders. Not by publishing reports, says Vijn, but by sharing knowledge when people have questions. “That often pays off. Sometimes we have to shatter illusions.” Participants need to have plenty of entrepreneurial spirit, and Jansma believes that the researchers can offer a sympathetic ear, hold up a mirror and help forge connections. “Sometimes people have the same idea, but they don’t know each other.”

In Almere and Zeewolde, this connection between farmers and citizens is beginning to take shape. In the design phase, it started out life as Agromere – a virtualurban district in Almere. Those virtual plans are now a reality in the form of Oosterwold, with agricultural activities taking place at every house and the Vliervelden city farm, run by Tineke van den Berg and Tom Saat, at its centre. During her speech at the 2020 BioBeurs, Van den Berg emphasised their desire to connect. To establish connections between the farmer and the land and between the farmer and the consumer. The city dared to develop a new concept in the district. Wageningen research contributed process knowledge and agricultural knowledge. 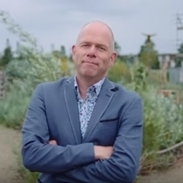 Do you have a question about connecting the city and countryside? Ask our experts: ir. JE (Jan-Eelco) Jansma
Contact form + Show more (1)