The soil has a key role to play in terms of combatting climate change, feeding 10 billion people in 2050, and the preservation and recovery of biodiversity. A large percentage of the soil is owned by farmers, placing pressure on them to resolve these major issues. The LANDMARK project showcases how scientists from Wageningen University & Research are working with 21 partners from 14 European countries to develop a ‘soil navigator’ for farmers, an assessment tool for policy makers and a policy framework for Brussels.

The new LANDMARK tool Soil Navigator deals with the societal functions of agricultural soil and how these might best be fulfilled. To what extent does a function contribute to the optimisation of farms and from which point is it only a solution for our societal issues? Letting farmers carry all the responsibility is not an option.

The LANDMARK project maps societal demands on the soil, the degree to which the different types of soil can meet these demands, and how long it will be until they actually fulfil them in each EU member state. This enables policy makers in Brussels to see the extent to which they are – or are not – reaching their goals throughout the entire European Union, and gives policy makers in the member states and regions a greater insight into the areas in which they are frontrunners, or the opposite.

In this respect, the Netherlands is perceived as the country with by far the greatest difference from the average situation in Europe when it comes to realising the desired functions and the actual reality on the ground. “This does not necessarily mean that our land managers have been failing to do their jobs,” says Rachel Creamer, Professor in Soil Biology at Wageningen University & Research. “On the contrary, it is due to the fact that the distance between what is required by society and the situation in reality is the greatest. And that there is a long way to go in the ambition to optimise soil use for society’s sustainability goals.”

The project provides farmers with a handy tool to assess which agricultural management measures have what effects on the various functions that a soil performs and to ensure good soil quality. “It is a tool which in the future could be easily combined with tools such as the Annual Nutrient Cycle Assessment model in the Netherlands,” according to the Wageningen scientists.

Functions instead of threats

The foundation for the research lies in the various functions of the soil for society, and societal demands for these functions. This focus on functions is a relatively new aspect. The previous approach whereby European research focused primarily on the threats faced by the soil had run aground on discussions and resistance. Farmers were especially reluctant to become involved in combatting threats they did not experience themselves. The soil is ours, was their message; we’re already protecting it.

Now that the research focuses on functions it has become easier to gain a comprehensive and well-balanced overview, one in which, it is clear from the start that society as a whole largely benefits. “Only part of the demand for those functions comes from land users,” says Rogier Schulte, Professor in Farming Systems Ecology at Wageningen University & Research and project leader within LANDMARK. “The remainder comes from society. It is essential that we make this distinction. For example, farmers are eager to have organic matter in their soil, but only to a certain extent. Any further action aimed at carbon capture and storage on behalf of the climate is to fulfil societal demands, over and above those of the farmer.” Sequestering carbon is one of the societal functions of soil, so what are the others? 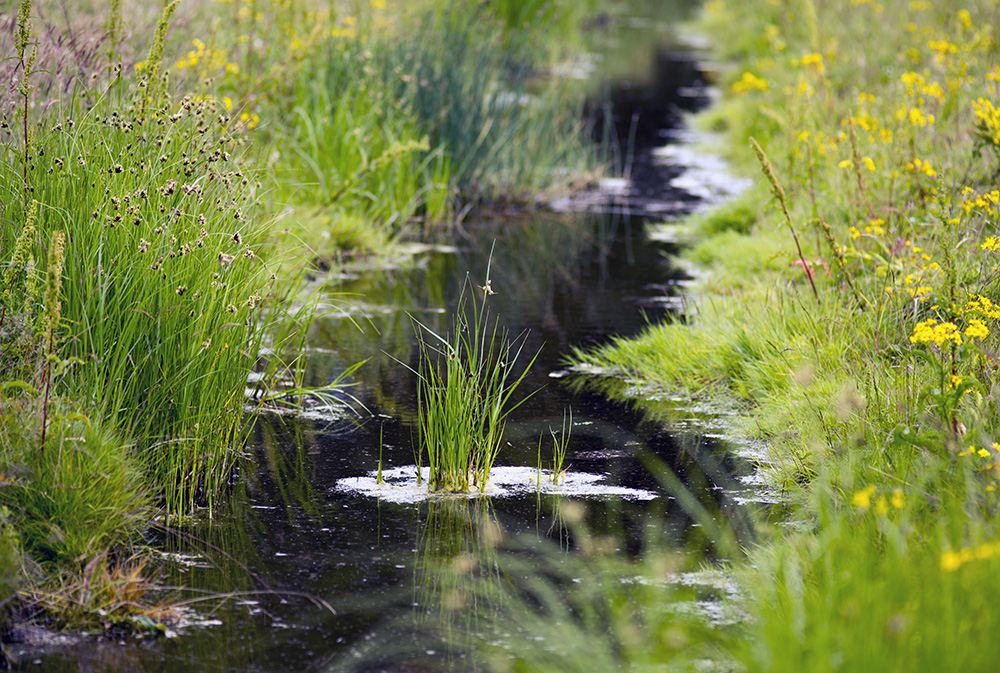 “The soil of an agricultural landscape has five societal functions,” explains Prof. Creamer. “Nearly all soils can supply all five of these functions, but some excel at one while others excel at another.” The soil has the following functions:

There are differences in scale between the functions, adds Schulte: “Clean water is needed everywhere. You can’t say: let’s have less clean water there as we’re doing plenty for biodiversity anyway. There are more options in relation to biodiversity, such as carbon sequestration, where there may indeed be trade-offs between areas and functions. And for some types of soil there’s nothing more you can do with regards to carbon sequestration. In nature areas, for instance, it’s even prohibited to deposit organic matter.”

Determining the societal demand started with untangling and mapping the web of European regulations for each function. “And there are many,” Schulte confirms. This resulted in an overview of what society demands of the five functions per country and per region. This does not, however, involve future or desired regulations – only regulations and standards that are already applicable. The sheer volume of these regulations and requirements is what makes it difficult to obtain an overview of the extent to which a country or region fulfils societal demands. This is why the decision was taken to apply indicators per function that are representative for and available in data form within the entire European Union.

To illustrate: for the recirculation of resources, the scientists used the amount of soil required to return the phosphorus in animal manure back to the land without causing a build-up in the soil. Defining these indicators then enabled them to determine the gap between the European policy goal and the situation in reality, creating a varied image of how far apart societal demand and reality are from each other for each function and region (figure 1). Our goal is not to point fingers. We wish to offer a guideline for governments and leaders to see where they could place their priorities.”

This statement particularly applies to an interesting comparison between member states which resulted from the research (figure 2). The scientists found significant differences in the societal demand regarding the five soil functions. The graphic offers a good overview, showing which countries have more or less demand on particular soil functions compared to the EU average. It therefore offers national governments a clear tool for defining policy which should lead to achieving the sustainability goals. 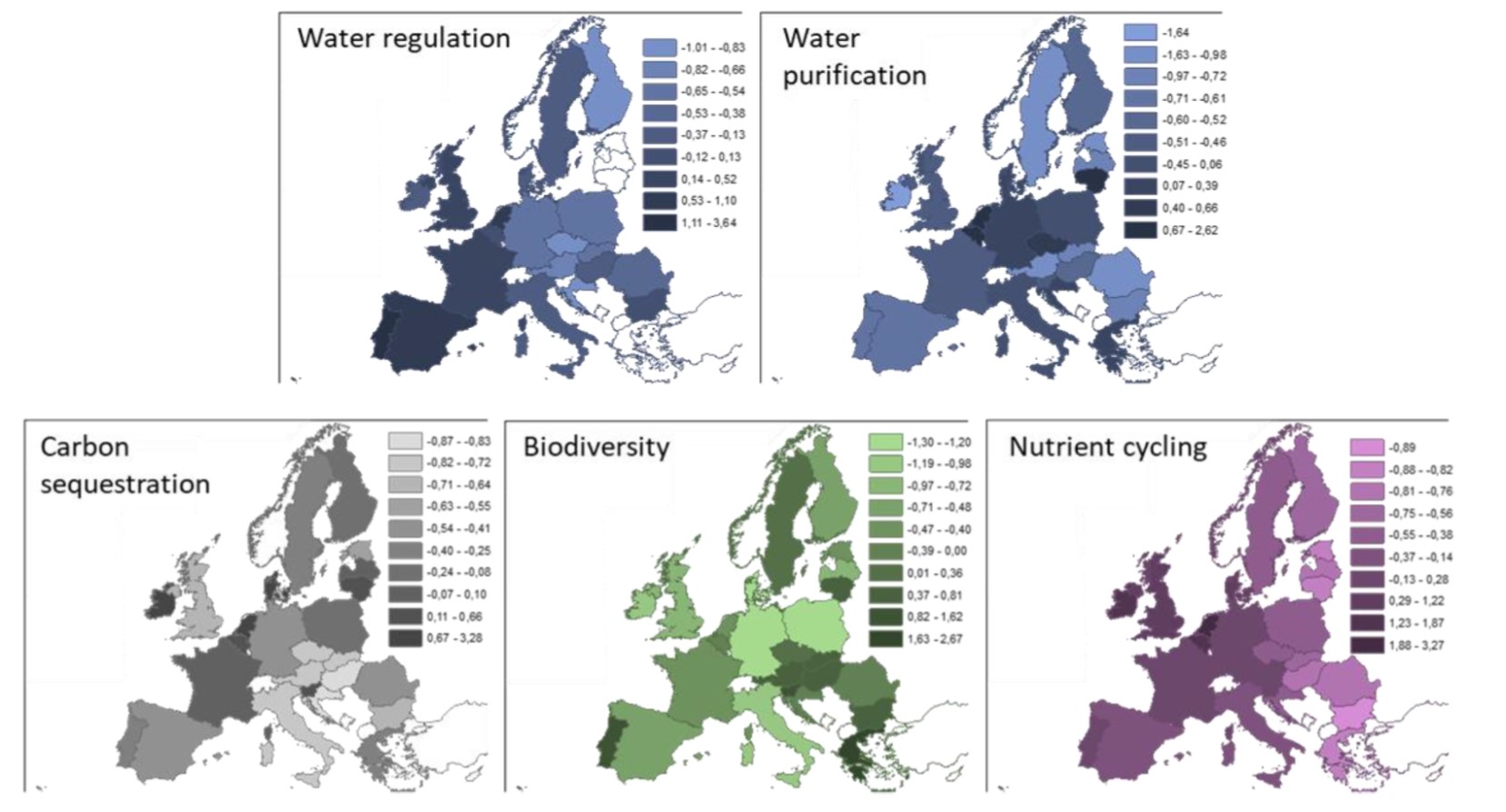 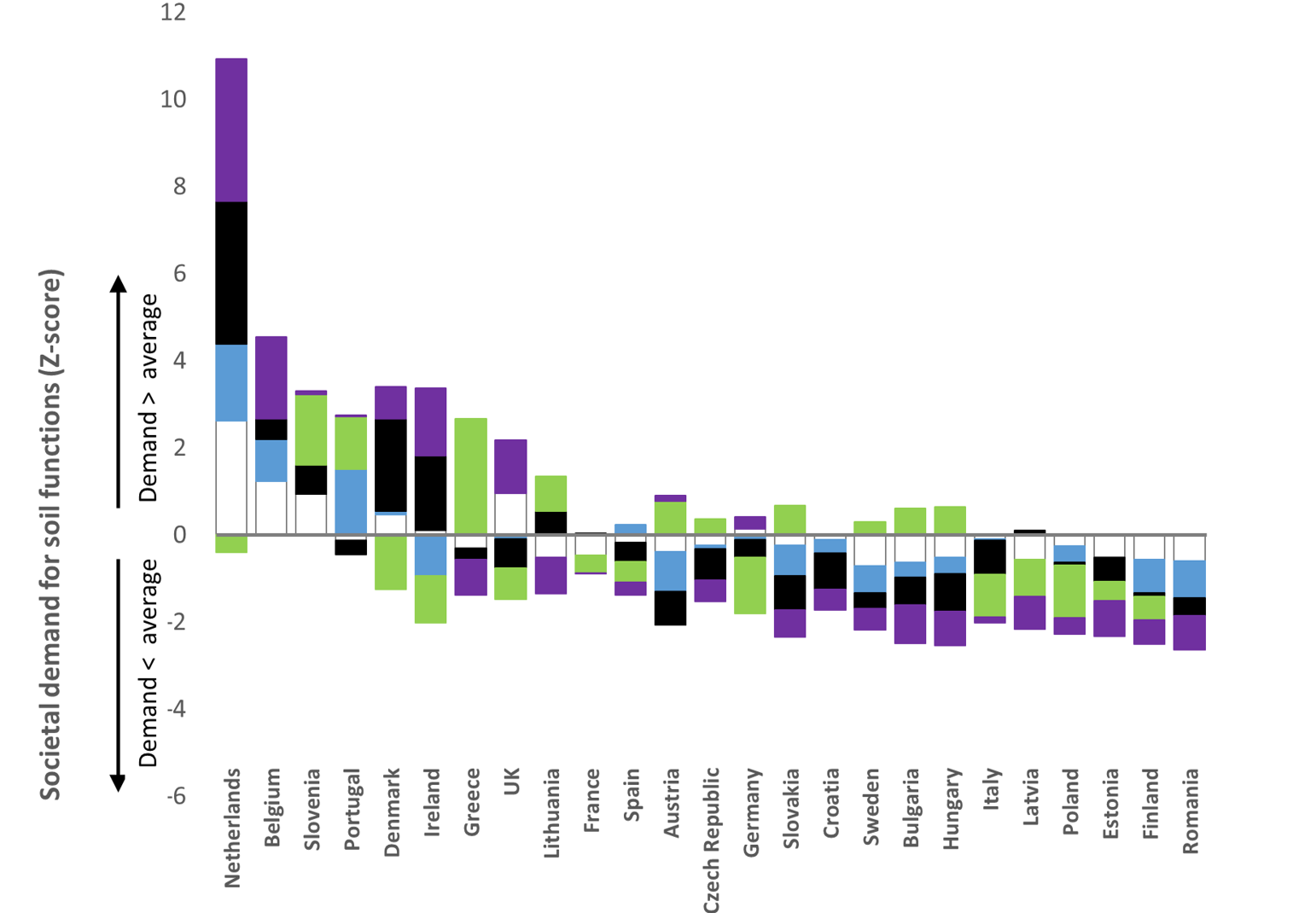 A glossary as spin-off

To answer the main question, the scientists also needed to build a clear overview of which tools farmers and land managers have available to fulfil the societal demand. They did so via 32 stakeholder workshops in many EU member states, involving people from industry, agriculture, horticulture, forestry, politics, science and other sectors. This required finding a consensus on the applied terminology – a considerable task in itself, but well worth the effort in order to get clear results. The comprehensive glossary created is already being used by other parties in science and policy. “Where we speak of carbon sequestration in the Netherlands, we mean organic material,” says Creamer.” In France, however, farmers use the word humus.”

The participants were enthusiastic, proving that the intended tools could fulfil an existing need. Land managers demanded tools on which to base their decisions, policy makers desired opportunities to monitor and assess the condition of the soil in their country or region, while EU supervisory bodies needed a policy framework to underline the increased ambitions of the Common Agricultural Policy

The importance of the soil for sustainable agricultural production has been increasingly recognised over recent years. This is underlined by the multitude of measures and policy plans from the European Union, which is currently finalising its Common Agricultural Policy for the period 2021-2027. This new CAP further enhances ambitions in the field of sustainable production, while giving member states more space to realise these goals in their own way.

The LANDMARK scientists developed so-called DEX models for each soil function – these are expert derived and validated decision trees that enable the inclusion of all the variety of factors that play a role in soil management. These models can help find measures that contribute to an optimal fulfilment of the five functions for specific soil types and in specific countries and situations. 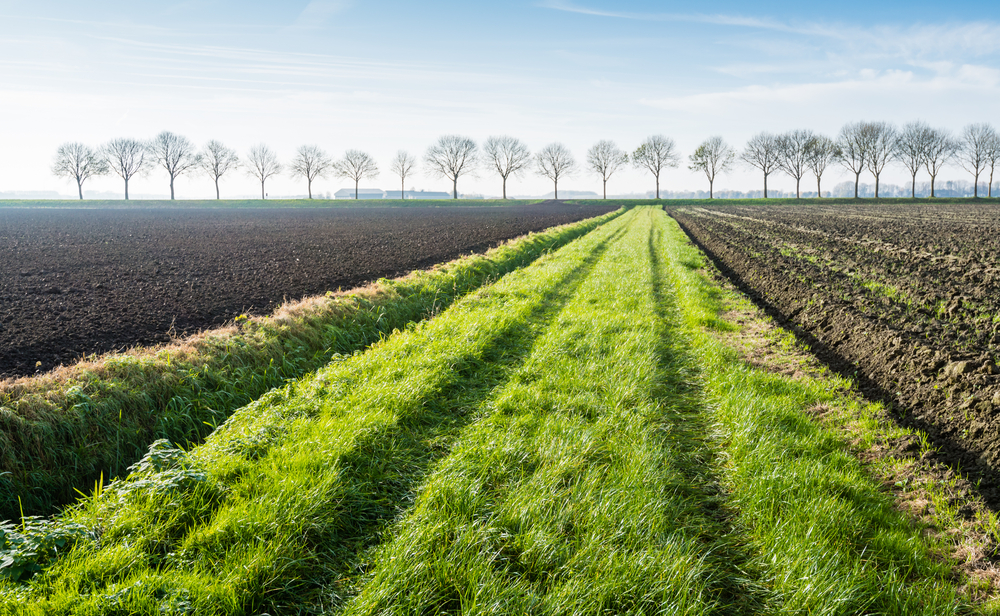 The question remains as to how to ensure that land users take the required steps. Creamer and Schulte both believe that policy will play a major role in this regard, stressing how a distinction should be made between functional objectives and societal objectives. “Let’s be very clear about this,” they say. “The first involves objectives that clearly indicate the use for the farmer’s business, while the second – societal objectives – involves the part where we, as a society, ask farmers to solve our problem; a problem that we’ve largely caused ourselves with our factories, cars, heating, etcetera.”

For this aspect, it is vital that governments adopt incentives which make it more appealing for land users to take the necessary steps. Models can provide insight into the complexity involved on designing the policy framework. “This can be especially helpful in the development of eco-schemes, a major element of the CAP,” Schulte adds. Eco-schemes are sets of measures aimed at environmental and climate goals in which farmers can participate and for which they receive payment in the framework of the new CAP. They must be defined per country, focused on certain types of companies that can then sign up voluntarily. “The distinction by country and type of company is also in the policy framework resulting from our project, so that’s a perfect match.”

The tool that farmers can use at their farms is called Soil Navigator. It helps them answer the question: ‘how can I best manage my land in order to meet all expectations?’ Farmers can also submit their ambition levels regarding the five functions and baseline soil and management information for a given field. Together this enables the Navigator to give advice on issues such as field margin management, nutrient management, fertilisation and agricultural lime supplementation.

Do you have a question about LANDMARK? Ask our experts: Rogier prof.dr.ir. RPO (Rogier) Schulte
Contact form + Show more (1)

This project has received funding from the European Union’s Horizon 2020 research and innovation programme under grant agreement No. 635201