At the WUR Field Crops trial farm in Lelystad, a Robotti has just come around the corner of the barn and is heading straight for Peter Frans de Jong and Jan Kamp. The unmanned vehicle races right up to them before coming to a sudden stop. A colleague appears in its wake, laughing as he operates the robot’s remote control. The new robot has only just arrived at the business and therefore doesn’t operate independently yet.

But last year an earlier model was doing the rounds here entirely on its own. Unmanned tractors have also been tested in the orchard at WUR’s fruit cultivation trial farm in Randwijk. “It’s fantastic technology that really captures the imagination,” says Kamp. “But to be honest I also worry a bit about this distracting us from the bigger issues in precision agriculture. The technology will develop, I’m sure of that. But the biggest challenge for agriculture is getting data to work for the farmer. Most of the work that needs to be done sits at the interface of agronomy and technology.”

“It’s fantastic technology that really captures the imagination,” says Kamp. “But to be honest I also worry a bit about this distracting us from the bigger issues in precision agriculture. The technology will develop, I’m sure of that." Photo: Ruud Ploeg

De Jong, who works at the trial farm in Randwijk, agrees. Though as he points out, robot technology is more immediately applicable to labour-intensive sectors such as apple and pear cultivation than to arable farming. “Labour is a major cost factor in fruit cultivation and pickers can be hard to find sometimes. That’s why a number of companies are actively working on developing a picking robot. In the US, there are already two prototypes that can pick apples entirely on their own. One of them is expected to come onto the market this year. So we’re not that far from putting this into practice. Researchers and companies all over the world are working on it.”

Precision agriculture is relevant to both fruit cultivation and arable farming. That’s why Kamp and De Jong are busy with all sorts of research projects both within the Netherlands and as part of European consortia. These developments are relatively new to fruit cultivation, but are moving fast, says De Jong. “Precision agriculture has been around for much longer in large-scale arable farming. You simply get a quicker return on investment there. But fruit cultivation is catching up fast, and we’re doing things that have never been done before. The advantage of fruit cultivation is that you’re dealing with perennials. You can use data from previous years to modify how you grow things in subsequent years. You’re also working with individual trees as units. Our technology gives you control at the level of individual trees and you can also clearly monitor the outcome. That calls for a different approach.”

One of the techniques developed in recent years is to prune the roots based on the vigour of the trees. This is determined during the growing season using crop scans. Based on that data, a blade behind the tractor then automatically goes deeper into the ground for a tree that tends to grow more vigorously. That slows the tree down. Thinning the fruits to prevent too many of them growing on a single tree can now also be done using task maps. “This involves measuring the quantity of blossom in each tree either from above or from the tractor. You can then tailor the amount of thinning agent you use. Trees with abundant blossom get a bit more, while others get less or even none at all. You can manage this for each individual tree. You could take a similar approach to combating pests and diseases, if you knew where they were occurring and to what extent.”

Monitoring crops for the timely detection of pests and diseases is an important area of research at WUR Field Crops. According to Kamp, there are two important reasons for this: the range of chemical treatments available is shrinking, and businesses are getting larger. “As a grower you need to know what’s going on so that you can make the right decisions. Even on larger farms owners often do the spraying themselves to ensure they’re in control. Automation can help by providing accurate information on the condition of crops and early detection of pests and diseases.” One example of research in this area is the detection of damage caused by the Colorado beetle. This critter can thrive in a potato crop. “We’re now gaining experience with aerial detection using drones, as well as close up with cameras.

What percentage of the detection of crop damage can you see from that, and can you predict the damage based on an estimate of the number of beetles? This can help you develop damage thresholds which help prevent unnecessary spraying. It’s a new type of crop monitoring which in principle could be applied to many other pests and diseases.”

WUR Field Crops has already been working for much longer on the development of a disease detection robot which can identify potato plants infected with a virus. At present such identification is still a time-consuming and expensive task for seed potato growers, as it can only be performed by those with a trained eye. “We’re now at the point where the robot can identify the virus just as well as a human can. We’ve tested this in practice by having both the robot and an experienced identifier go through the same field. Unfortunately there’s another important pathogen that affects seed potato cultivation: the Erwinia bacteria. This is more difficult to identify with an electronic eye. But we are still seeing very promising results with this, thanks partly to the use of deep learning.”

The researchers note that both arable farming and fruit cultivation are moving away from chemical to more preventative approaches. But that can also increase some of the risks that growers face. “As a grower, you need a guarantee that you’re not going to fall off a cliff,” says Kamp. “I’m convinced that technology will help with that: Technology for Ecology. The fundamentals of the technology are in place. But it needs to work at every level: ecologically, economically, and practically. Those are also the criteria we bear in mind here at the Farm of the Future and in Randwijk. You have to think like a grower.”

The researchers note that both arable farming and fruit cultivation are moving away from chemical to more preventative approaches. Photo: Ruud Ploeg

The range of technologies available to growers is increasing, and includes weed identification apps and software that can process crop and/or soil data into a ready-to-use task map for a sprinkler or spraying machine. But those are just individual applications. According to Kamp, an equally important issue is how to manage data and maintain oversight to ensure that the technology is applied correctly. “You need to be able to turn that huge amount of data into usable, accurate management information. Because while technology can take on the tasks, the farmer has to maintain overview. So as a farmer you need good apps to support your ability to do that. That’s something we’re working on too. It’s quite ambitious, but I think we can play an important role in that as practical researchers, working with our colleagues in Wageningen.”

This is already happening in the fruit sector, says De Jong. “In Project Fruit 4.0 we’re trying to link up all the data in a meaningful way. It’s not straightforward, particularly because there’s another dimension to fruit cultivation. That is, if you want to be able to manage individual trees, you need to use information in 3D. But for arable farming and field crops you can usually make do with 2D.”

Which technologies will succeed, and which won’t? That’s a question the researchers will continue to ask themselves too. There’s no blueprint for the future, they insist. “That’s also why it’s so important to exchange ideas about it with growers and businesses. And that’s exactly what’s happening in Randwijk and Lelystad.” Kamp adds: “We want to use the Farm of the Future to show what’s possible, but we can’t do it without input from growers and businesses. That’s what will ensure the development of robust, practical applications. A small number of technology-oriented farmers are already showing an interest. They’re often the ones led by younger entrepreneurs. The rest will follow once the technology has proven itself. Suppliers and new, specialised service providers also play an important role. They’ll be working with growers to find the right applications for their cultivation challenges. Because technology shouldn’t steer the way; rather, it should serve us, and serve ecology.” 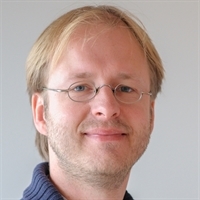