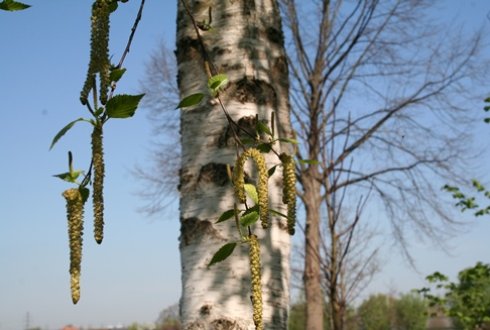 Between 800,000 and 1.5 million people in the Netherlands suffer from hay fever.

The website AllergieRadar.nl was developed to put hay fever on the map. The site provides a current and national overview of the degree to which hay fever patients are experiencing symptoms involving their nose, eyes and lungs. Every day, around 1,500 people communicate the intensity of their symptoms on a scale of 1 to 10. The more people that participate, the greater the detail of AllergieRadar. The information regarding the symptoms is used for scientific research and is coordinated by the Environmental Systems Analysis chair group  at Wageningen University and the Leiden University Medical Centre.

In addition to a current national overview of hay fever symptoms, AllergieRadar also shows a daily forecast of the start and the duration of the pollen season: the Pollen Planner. Every day, this provides a new forecast of how far the pollen season of hay fever plants has advanced. The advantage of this is that many weeks before the start of the pollen season, it is apparent when the pollen season will start and how long it will last. Hay fever patients can anticipate this by taking medication in a timely manner for pollen allergy, or by not planning any outdoor activities during the period that the pollen concentration is at its highest. An important aspect of this is that the patient must know which plant pollens he is allergic to. The Pollen Planner has been developed by Wageningen UR. The expected pollen concentrations are determined based on historical daily pollen counts by the Leiden University Medical Centre, the Elkerliek hospital in Helmond and the pollen level measuring station in Delmenhorst, Germany.

AllergieRadar forms part of the European collaborative project EUPOL, involved in which are 27 European countries. EUPOL’s main objective is to set up a multidisciplinary forum, in which the existing information about pollen and hay fever in Europe is critically examined and in which the pollen forecast is improved.