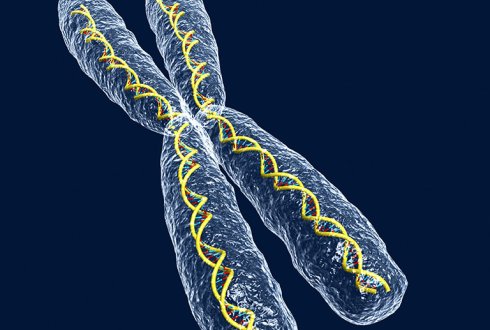 AFLP is a trademark of KeyGene (Wageningen, the Netherlands). AFLPs are DNA fragments (80-500 bp) obtained from digestion with restriction enzymes, followed by ligation of oligonucleotide adapters to the digestion products and selective amplification by the PCR. Thus, AFLPs involve both RFLP and PCR. The PCR primers consist of a core sequence (part of the adapter), and a restriction enzyme specific sequence and 1-5 selective nucleotides (the higher the number of selective nucleotides, the lower the number of bands obtained per profile). The AFLP banding profiles are the result of variations in the restriction sites or in the intervening region. The AFLP technique simultaneously generates fragments from many genomic sites (usually 50-100 fragments per reaction) that are separated by polyacrylamide gel electrophoresis and that are generally scored as dominant markers. Selective Fragment Length Amplification (SFLA) and Selective Restriction Fragment Amplification (SRFA) are synonyms sometimes used to refer to AFLPs. A variation of the AFLP technique is known as Selectively Amplified Microsatellite Polymorphic Locus (SAMPL). This technology amplifies microsatellite loci by using a single AFLP primer in combination with a primer complementary to compound microsatellite sequences, which do not require prior cloning and characterization.

The strengths of AFLPs lie in their high genomic abundance, considerable reproducibility, the generation of many informative bands per reaction, their wide range of applications, and the fact that no sequence data for primer construction are required. AFLPs may not be totally randomly distributed around the genome as clustering in certain genomic regions, such as centromers, has been reported for some crops. AFLPs can be analyzed on automatic sequencers, but software problems concerning the scoring of AFLPs are encountered on some systems.

Disadvantages include the need for purified, high molecular weight DNA, the dominance of alleles, and the possible non-homology of comigrating fragments belonging to different loci. In addition, due to the high number and different intensity of bands per primer combination, there is the need to adopt certain strict but subjectively determined criteria for acceptance of bands in the analysis. Special attention should be paid to the fact that AFLP bands are not always independent. For example, in case of an insertion between two restriction sites the amplified DNA fragment results in increased band size. This will be interpreted as the loss of a small band and at the same time as the gain of a larger band. This is important for the analysis of genetic relatedness, because it would enhance the weight of non-independent bands compared to the other bands.

Because of the highly informative fingerprinting profiles generally obtained, AFLPs can be applied in studies involving genetic identity, parentage and identification of clones and cultivars, and phylogenetic studies of closely related species. Their high genomic abundance and generally random distribution throughout the genome make AFLPs a widely valued technology for gene mapping studies. SAMPL is considered more applicable to intraspecific than to interspecific studies due to frequent null alleles.