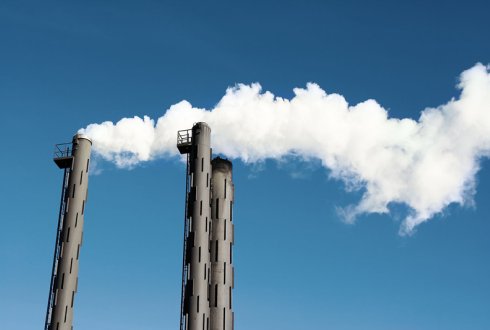 For at least two decades, climate scientists have been accused in blogs and on websites of striking an ‘alarmist tone’ when it comes to the seriousness of climate change and the impact of human beings on the global climate. Professor Rik Leemans of Wageningen University has regularly refuted such criticism. A new publication in the journal Global Environmental Change endorses his view.

An international group of researchers from Canada and the United States has scrutinised a large number of publications and looked at the extent to which the statements of researchers in those publications about global warming and the increase of CO2 emissions were realistic, alarmist, or cautious. They came to the conclusion that, in particular in the IPPC assessments of Working Group I about the climate system, the researchers in question had been cautious in their conclusions and predictions rather than being in any way alarmist. That tendency towards cautious assessments they call ‘Erring on the side of least drama’.

Rik Leemans recognises this picture, and notes from his own experience that it also applies, for example, to the new CO2 emissions scenarios made three years ago for the IPCC, and which attracted the usual criticism from the side of the sceptics. ‘Just last week, our Global Carbon Project showed that the actual global emissions for 2009-2011 were higher than in the IPCC’s highest scenario from three years ago. And that was despite the economic crisis. Only in 2008 did emissions fall slightly as a result of the global financial crisis. The new scenarios would therefore appear to be decidedly on the cautious side.’

Leemans recently also commented on the draft of the IPCC report which comes out at the end of next year. ‘This shows that the uncertainties around climate change in scientific terms have diminished further. It is becoming ever clearer that measures are essential in order to prevent problems in the future. But if you look at the results of the conference in Doha last week, where the extension of the Kyoto Protocol was discussed, you don't get the feeling that our politicians want to reduce the climate problem.’